Gulf of Mexico
The abandoned ruins of a rust-colored complex where Alcoa formerly processed aluminum. SPIKE JOHNSON / The Texas Observer 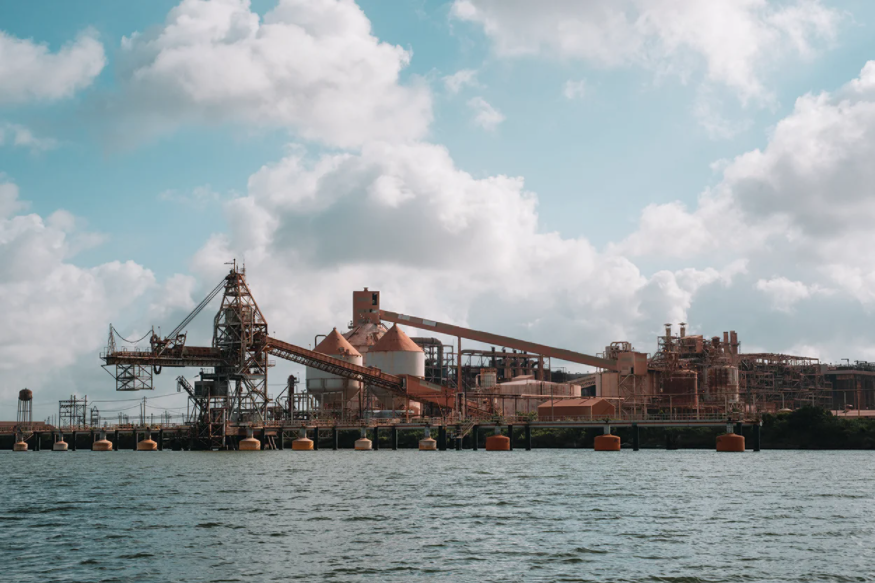 On the central Texas coast, Lavaca Bay is already poisoned by mercury. Climate change will only make matters worse there—and at 944 other hazardous-waste sites across the country.

Just after dawn on a hot, clear summer morning, Myron “Buster” Spree and his friends eased their flat-bottom fishing boat away from the public pier in Point Comfort and steered into the blue-green waters of Lavaca Bay. Along the shoreline, they could see the sprawling ruins of the now-shuttered Alcoa aluminum plant.

As a much younger man, Spree worked for the company in the 1970s, when a union president asked the U.S. Department of Justice to investigate Alcoa for dumping about 300 pounds of mercury a day and exposing workers to toxic vapors in the process of aluminum refining. From 1966 to 1979, the company spewed an estimated 1.2 million pounds of mercury into these waters.

Spree gazed across the shimmering waves and shrinking sandbars and lamented how many birds and sea creatures, once abundant here, seem to have vanished. Lavaca Bay used to be one of the most productive shrimping areas in coastal Texas, but no more. The dolphins have mostly disappeared, and so have the tiny crabs, clams, and other microorganisms in the mud flats. Their scarcity is an ominous warning sign about the failing health of the larger Lavaca and Matagorda Bay ecosystem.

Spree has fished this area for seven decades, but now, as the sun rose, the boat veered around Health Warning and No Fishing signs. Because of mercury contamination, this is one of only two places in Texas where state health officials have banned possession of fish and crabs as hazardous to human health.

The devastation he has witnessed has turned Spree, an ex-shrimper, into an atypical environmentalist fighting for the bay, where mercury from the old plant still poisons the water in what’s been called one of the worst environmental disasters on the Texas Gulf Coast.

All around the Alcoa plant is a vast toxic zone called a Superfund site, the term used by the Environmental Protection Agency (EPA) for the United States’ industrial wastelands. Among more than 1,750 nationally, the Alcoa Point Comfort/Lavaca Bay site is one of the largest, covering more than 3,500 acres. It includes the closed aluminum plant, several interconnected bays, and a towering fortress of toxic waste called Dredge Island.