Gulf of Mexico
via Galveston.com 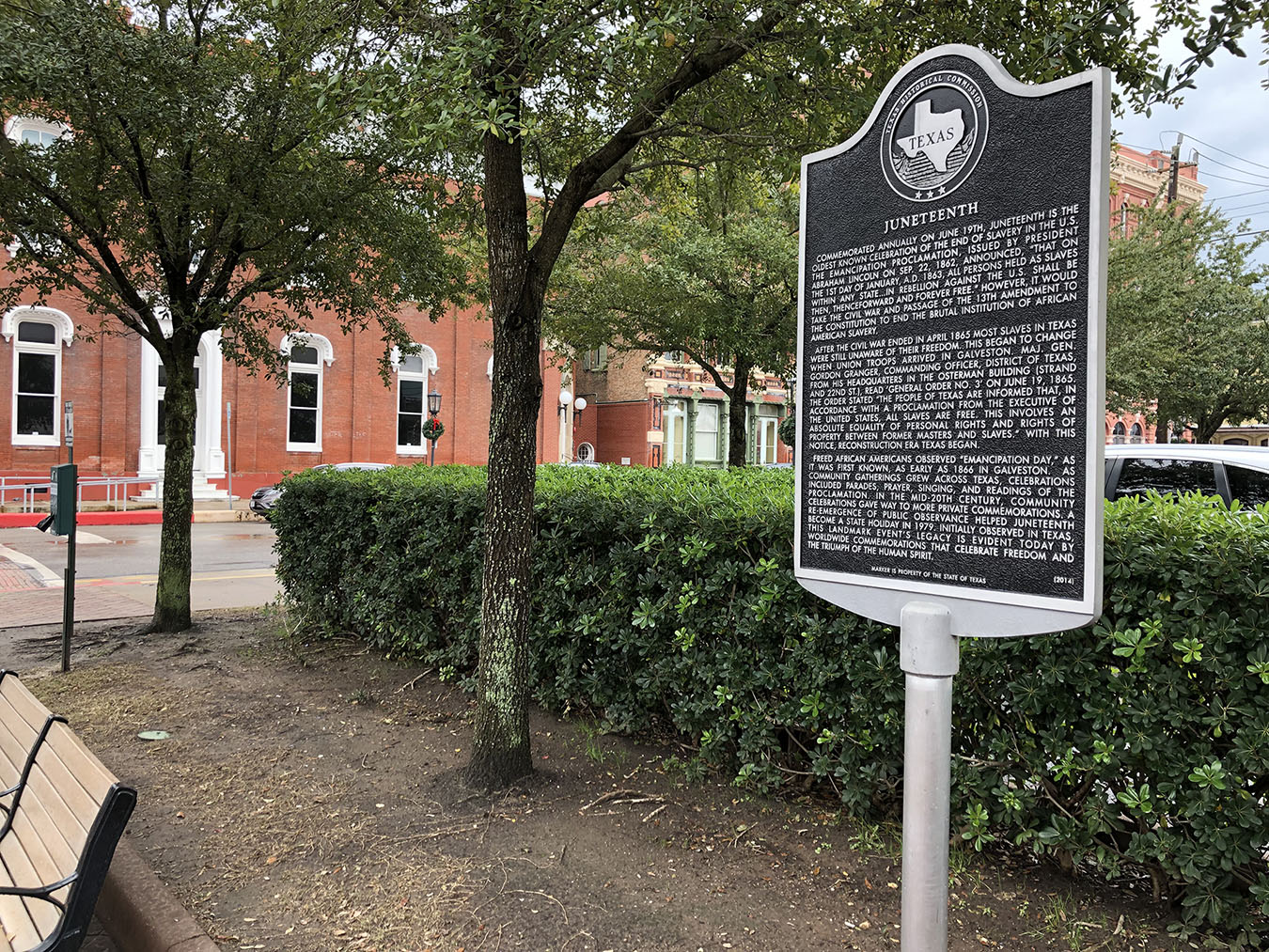 GALVESTON, Texas — As a blazing sun rises over Galveston Island on the Texas coast, Sam Collins stands on the spot where history happened 157 years ago.

"The birthplace of Juneteenth is here at the southwest corner of 22nd and Strand where Gen. Gordon Granger set up his Union headquarters," says Collins, co-chair of the Juneteenth Legacy Project and unofficial tourism ambassador of Juneteenth in Galveston. "So while Juneteenth became a national holiday last year, it has always been important to the descendants of the former enslaved here in Galveston and all throughout Texas."

Visitors flock to this languid barrier island to splash in the warm waters of the gulf, take in the graceful, historic architecture, eat oysters and stroll along the seawall. With the new Juneteenth federal holiday, signed into law last year by President Biden, the city hopes it will also become a must-visit site of essential American history.

"You can read about Juneteenth. You can watch a documentary about Juneteenth," Collins says, "but if you want to be immersed in the story, you have to visit Galveston, Texas, and the sites associated with June 19, 1865."

That was the day the Union general, who had recently sailed into Galveston to take command of the District of Texas, posted a brief order to the citizenry that included the soaring words: "All slaves are free."

The edifice occupied by Union officers is long gone. Now it's a parking lot that looks onto a large mural depicting Juneteenth history and surrounded by ocean-themed gift shops, an Irish pub, and a store that sells toe rings.

Two and a half years before Granger arrived, President Abraham Lincoln had issued his Emancipation Proclamation that legally freed three and a half million enslaved people in Confederate states. But it was unenforceable in the defiant, slaveholding South. It wasn't until federal troops finally arrived to occupy Galveston that Granger issued General Orders No. 3, which came to be called the Juneteenth Order, that liberated 250,000 enslaved Blacks in Texas.