Gulf of Mexico
"The Fishermen and the Dragon" by Kirk Wallace Johnson is partly based in the Crossroads. Contributed by Penguin Random House 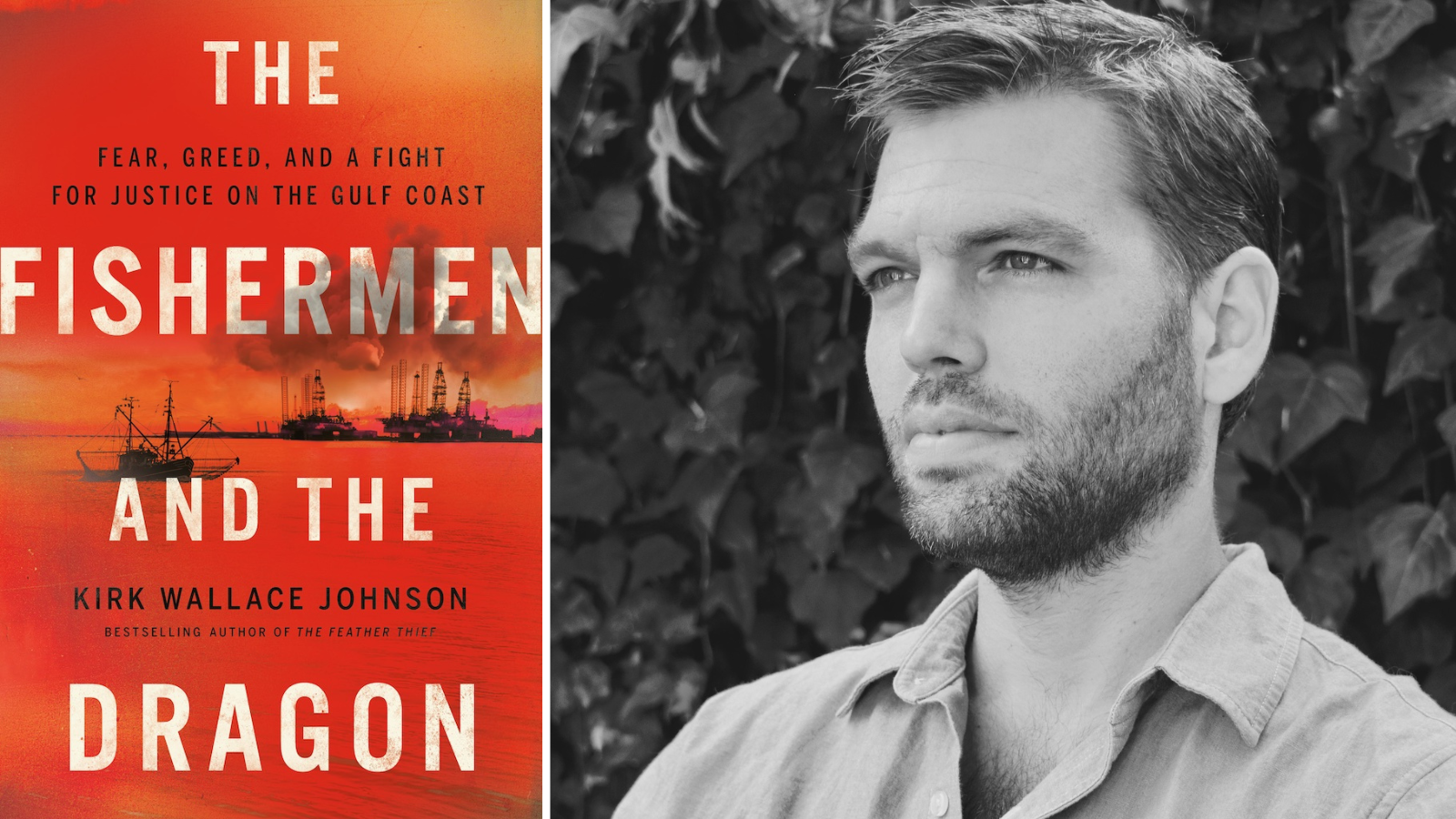 A new nonfiction book reveals dark details of a clash between white and Vietnamese shrimpers, corporate polluters, and the KKK in Texas. by

These days the Kemah Boardwalk is a glitzy, overbuilt amusement park where competing pop songs blare from speakers and the smells of fried fish, children’s sweat, and Houston’s overripe air waft over throngs of visitors. But I have never heard Bruce Springsteen’s “Galveston Bay” played there—a tune that unlocks a shocking secret about this popular tourist trap.

California-based journalist Kirk Wallace Johnson was driving through the Sierra Nevadas in December 2018 to fish in a river when that “Springsteen song came on about a white shrimper planning to kill a Vietnamese refugee in Galveston Bay over turf. It was such a strange premise for a song that it stuck with me,” he writes in an author’s note to his resulting book.

Johnson knew he had a book when he learned the story was true. It’s called The Fishermen and the Dragon and will be released in August. He made trip after trip to Texas before and after the pandemic to persuade players in the conflict to share their secrets.

His book opens with an episode that played out along Kemah’s busy boardwalk. Anyone standing there back in 1981 would have seen the white fishermen and their allies cruising by in the shrimp boat that Johnson describes.

“There was a cannon on the stern. Something was hanging from one of the outriggers,” he writes. The men aboard, all toting rifles, wore the white robes of the Ku Klux Klan. The hanging man was only a dummy, but the boat parade in Kemah was part of a sustained campaign of threats against Vietnamese fishermen that featured firebombs, windows shot out of houses, and cross burnings in backyards.

The underlying themes in Johnson’s book are disturbingly familiar: Fishermen in Texas—then and now—were deeply worried about industrial pollution and about the steep decline of their catch in contaminated waters like Galveston Bay and Lavaca Bay. They distrusted people with different racial and ethnic roots. All feared that there were too many shrimpers and crabbers, white, Vietnamese, and Hispanic, on too many boats, all competing for dwindling resources.

Johnson writes in cinematic scenes—and includes dialogue and sometimes disturbingly racist statements from people like the mayor of Seadrift, where the violent clash began in the 1980s. “They’re so different,’’ the mayor said of the Vietnamese at a press conference described in Johnson’s book. “They’re human beings but … I don’t want to see them pushed around but … I won’t go looking to bring ’em back either.”

Seadrift town leaders ultimately condemned the Klan’s involvement, but the campaign then spread to the waterfront towns on Galveston Bay, then as now the state’s largest recreational fishing grounds.

Back in the early 1980s, Kemah and Seabrook were near NASA’s Johnson Space Center, but also only minutes from an address on Red Bluff Road that served as the Texas hub of the KKK and the base of a Klan leader named Louis Ray Beam Jr. who was training a private army. As part of his research, Johnson reached out to Beam, a Vietnam War vet, who at one time in the 1980s claimed a membership of as many as 5,000 in Texas.