Gulf of Mexico
(Bloomberg) -- Climate change is a touchy topic in Houston, even if hardly anyone doubts the climate is changing. An already damp city is getting wetter, obvious in the muddy sidewalks and the puddles that linger long after a routine rain. The bigger downpours block highways. The really huge storms—and 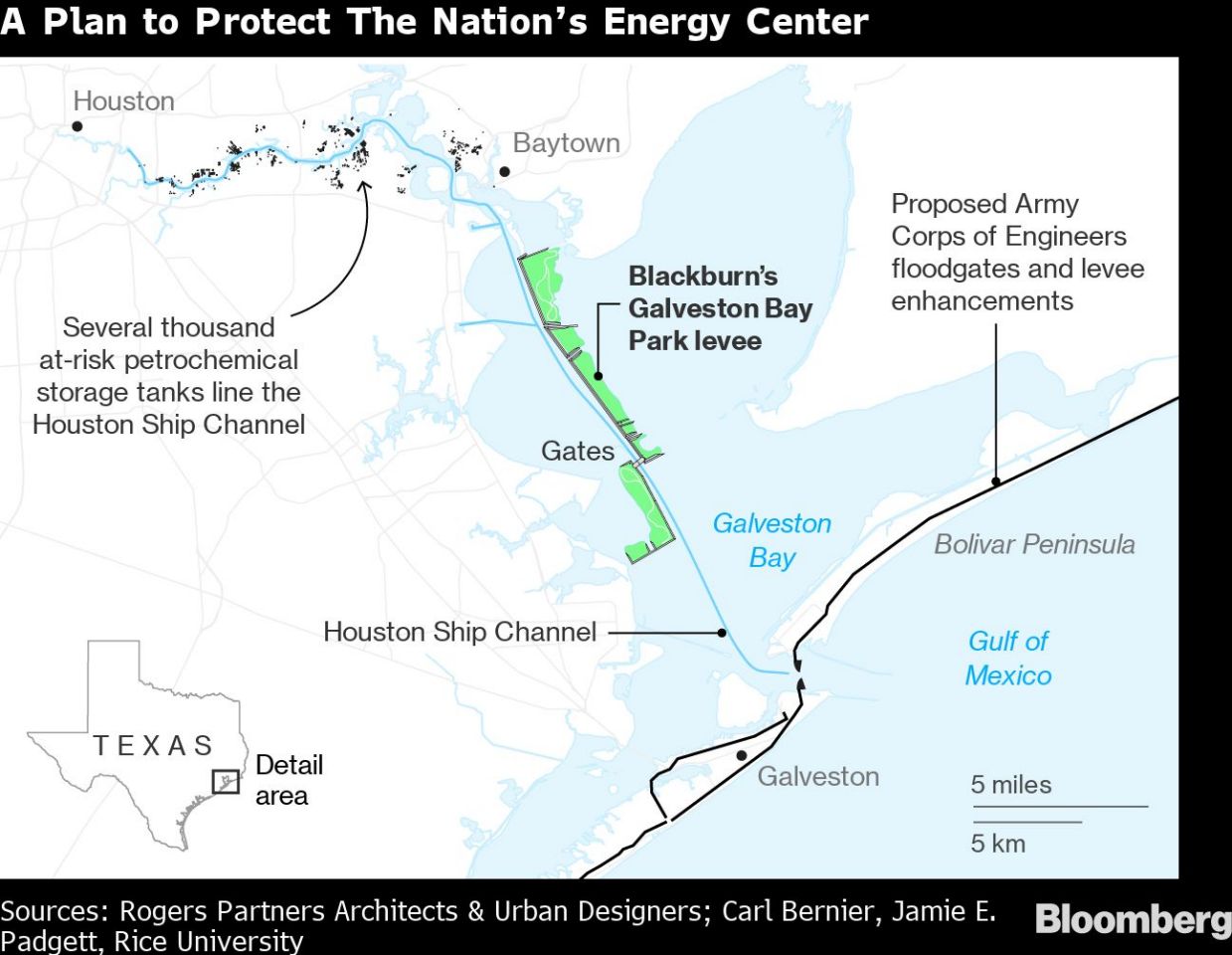 TX - The Energy Elite Have Started Listening to Their Enemy No. 1 in Houston

Say “climate change” too loudly, though, and you’ll get some looks. Many Houstonians still feel like they’re in a standoff with environmentalists who would love to put the Oil and Gas Capital of the World out of business. And anyway the city is booming, with cranes as common as traffic jams on its ever-widening highways. With a population up 11% since 2010, Houston is destined to overtake Chicago as the U.S.’s third-largest city—unless something goes horribly wrong.

Something horrible like the worst environmental disaster in American history, which is just one of the looming catastrophes that Jim Blackburn won’t shut up about. The environmental lawyer and Rice University professor shows up everywhere in Houston—at society events, on the radio, in op-eds and at government hearings—and blurts out what the city’s elite, its oil and gas executives, only whisper in their board rooms: Climate change is an existential threat to Houston, putting in real danger both its physical survival and its economic future.

In his Texas twang, Blackburn, a 72-year-old native of the Rio Grande Valley, warns that the Army Corps’ coastal barrier is insufficient. The region’s flood maps are wrong, making new infrastructure, designed to last decades, obsolete the day it’s finished. Renewable energy is getting cheaper, and climate activists are getting louder. Without creative thinking, the fossil fuel industry will collapse, and Houston will turn into a warmer, wetter rust belt.

“There’s a void in Houston right now of leadership,” Blackburn says. “That’s what allows a voice like mine to resonate a bit. I’m saying things that other people are not saying.”