Gulf of Mexico
via The Solutions Project 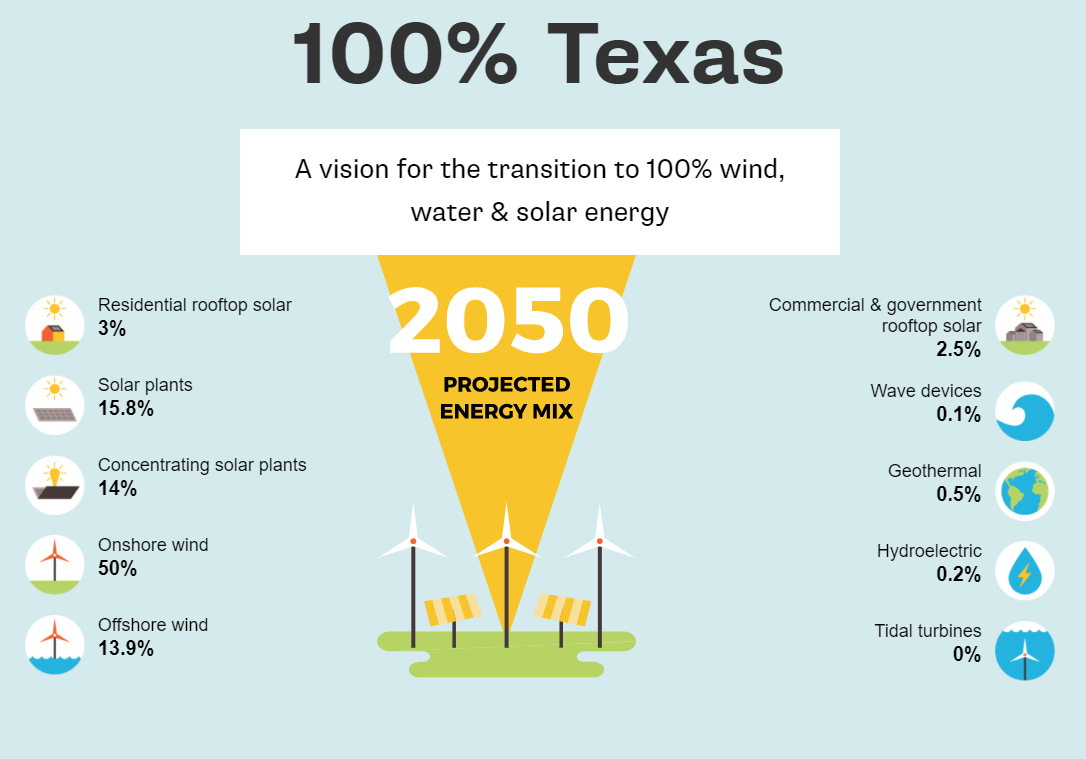 Everything is bigger in Texas, and wind power is no exception.

Wind power has been growing in Texas for years. Now, for the first time, wind power has beaten coal power in the Lone Star State. In 2020, Texas received 22% of its electricity from wind and only 18% from coal. In contrast, in 2010, coal made up 40% of the grid’s power. Coal’s downfall, unfortunately, is also partly due to natural gas generation. However, in the coming years, 95% of the proposed investment into power generation will be renewable according to the Electric Reliability Council of Texas (ERCOT).

The wide-open, windy planes of West Texas are not the only reason for wind’s growing share of the market. There are more valuable winds along the southern coast of Texas that provide wind in the afternoon and evening when power demand is at its peak. Wind farms are spread out across the state to improve reliability.

Wind power is not only bringing cheaper electricity; it is bringing jobs too — as many as 26,000 jobs in 2019 in Texas alone. For comparison, in the entire United States, there are under 45,000 jobs in the coal mining industry.

As of Q3 2020, Texas had a total installed capacity of 30,904 MW of wind power, according to AWEA. Texas leads the country with 15,359 wind turbines installed, which have a value in excess of $53 billion. These assets generate $285 million in state and local taxes annually.  Additionally, they pay landowners $192 million in lease payments.