Gulf of Mexico
Commercial oyster aquaculture could be an economic ‘pearl’ for many Texas coastal communities. via Texas A&M AgriLife 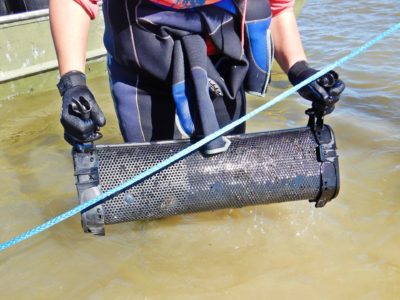 TX - Texas Oyster Farming Outlook Good for 2021 and Beyond

Pieces coming together for sustainable production along the Gulf Coast

While 2020 has presented more than its fair share of challenges for most industries, experts from Texas A&M AgriLife and other institutions supporting the fledgling oyster farming industry along the Texas Gulf Coast are optimistic about the industry’s outlook for 2021 and beyond.

Setting the stage for oyster farming in Texas

The bills became law in September 2019. Since then, the Texas Parks and Wildlife Department has developed the rules and regulations related to oyster aquaculture in Texas.

“One sure indication of the interest in and optimism for the industry is that several groups have applied for permits to grow oysters commercially on the Texas coast,” said Joe Fox, Ph.D., a former Texas A&M AgriLife Research scientist who is now Marine Resource Chair with the Harte Research Institute, HRI, for Gulf of Mexico Studies at Texas A&M University – Corpus Christi. “The permitting process is daunting but will likely become more streamlined as both regulatory agencies and operators become more familiar with the process and farming itself.”

Fox, who has spent years working with legislative and business leaders to help bring this type of aquaculture to Texas, said many of the pieces are coming together to create a strong foundation for successful commercial oyster aquaculture.