Gulf of Mexico
The Texas Department of Transportation is planning a $1 billion project to replace the Harbor Bridge, which spans the Corpus Christi Ship Channel.Credit...Tamir Kalifa for The New York Times 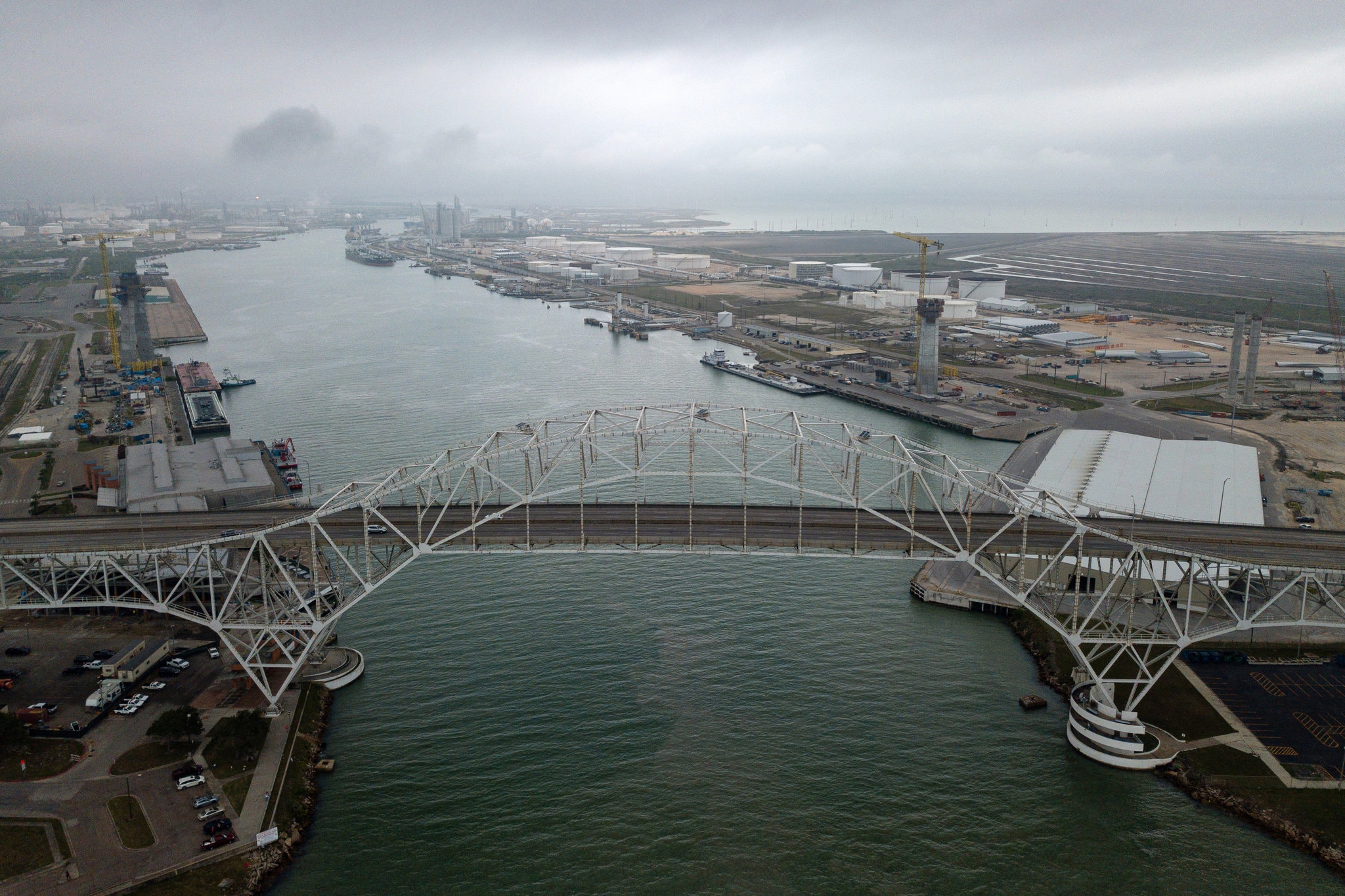 Corpus Christi has become the largest energy exporter in the United States, but several expansion projects have been delayed or scuttled, threatening jobs and investments.

Ever since this Gulf Coast city’s leaders helped persuade the Obama administration and Congress to lift the export ban on liquid fossil fuels in 2015, the Port of Corpus Christi has been a steady tide of construction, creating nearly 10,000 permanent jobs and bringing in $54 billion in capital investment.

But the coronavirus pandemic, which has slammed the brakes on economic activity across the nation, threatens to halt investment in planned projects and abandon thousands more new jobs.

The expansion of the port in the years leading up to the crisis produced new pipelines and distribution facilities, export terminals, liquefied natural gas plants, storage depots and refineries. Corpus Christi has turned into the largest energy exporter and third-largest port in the United States by tonnage. Last year, it handled 122.2 million metric tons of cargo, 60 percent of it exported oil.