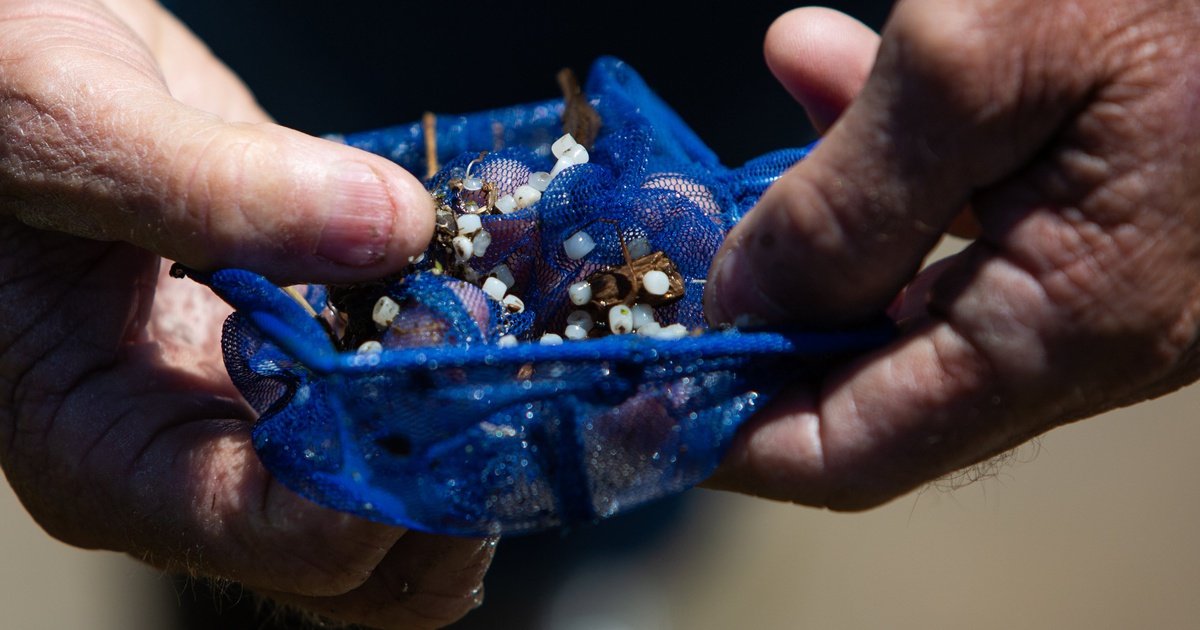 The Texas coast is a hot spot for “nurdle” pollution, tiny plastic pellets created in the process of producing everyday products. But a plan to require proactive prevention of their release has been scrapped.

When Texas proposed an update to state water standards this March, environmentalists viewed it as a step in the right direction. The rules didn’t go as far as the advocates had hoped, but at least they would have required chemical companies to proactively prevent hundreds of thousands of tiny bits of plastic — dangerous and, at times, fatal to wildlife — from escaping into the environment.

But now, the plan to ban microplastic pollution has been scrapped, documents show.

At issue are millions of tiny plastic pellets, known as nurdles. Those nurdles are the raw plastic materials that are eventually melted down, shaped, colored and morphed into everyday plastic products. They’re created with oil and gas byproducts.

In the process of production and transportation, some are lost, escaping into the surrounding environment. To fish, birds and sea turtles, the plastic pellets look like an appetizing — and easy to catch — snack. But the microplastics can be toxic to the liver and may make the creature feel full, ultimately starving them to death, researchers have found.

In March, the Texas Commission on Environmental Quality publicly proposed requiring chemical companies to show that they had processes in place for preventing the accidental release of certain microplastics — and potentially punishing companies that fail to do so.

The idea was similar to legislation proposed by state Rep. Todd Hunter, R-Corpus Christi, that would have required companies to prevent all microplastics from being discharged into the environment. TCEQ’s ban wouldn’t have gone so far, applying only to plastic pollution visible to the naked eye. At the time, that was a disappointment for environmental groups advocating for the rule.

“As drafted, it was either very vague or very weak, but it was a step forward,” said Alex Ortiz, a water resources specialist for the Sierra Club, who has advocated for the ban. But, he said, a weak ban is better than no ban.

But that more limited version still drew pushback from major chemical companies and interests, including Dow Chemical Company and the Texas Chemical Council. The industry had argued both that the TCEQ lacks legal authority to impose the ban and that it would impose significant costs. For facilities that would’ve had to upgrade equipment to comply, the TCEQ estimated costs per company could range from $322,000 to $25 million.