Gulf of Mexico
The Brazilian peppertree is a shrub-like tree that can be noxious to humans in the same way as poison ivy or poison oak. PADRE ISLAND NATIONAL SEASHORE PHOTO Read more here: https://www.star-telegram.com/news/state/texas/article248278105.html#storylink=cpy 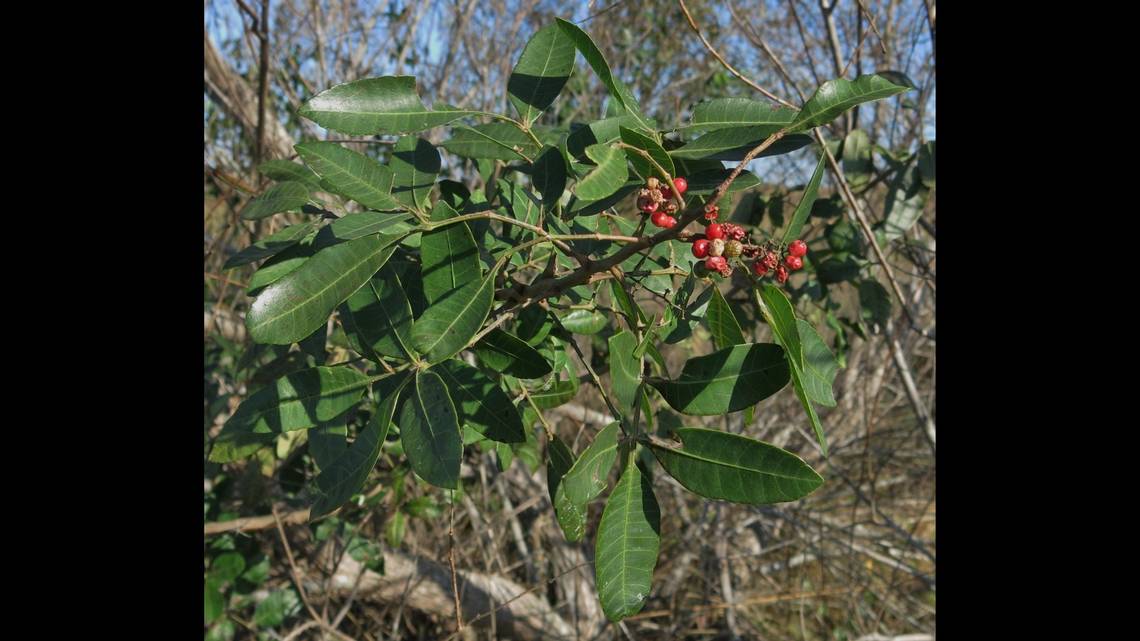 A small Texas barrier island has became the latest front in an ongoing war to stop a poisonous invasive plant that is spreading across the southeastern United States.

The peppertree — also known as rose pepper and christmasberry — is a shrub-like tree with a resin that is noxious in the same way as poison ivy, poison oak and poison sumac, park officials said.

“Brazilian pepper(tree) tends to produce a dense canopy that shades out other plants and provides a very poor habitat for native plant species,” Padre Island officials posted Jan. 2 on Facebook. “This invasive species is also known as an allelopathic plant that produces chemicals that inhibit growth or germination of neighboring plants.”

Padre Island National Seashore is a federal preserve that covers “70 miles of coastline, dunes, prairies, and wind tidal flats” between the Gulf of Mexico from the Laguna Madre, the National Park Service says. The Laguna Madre is “one of a few hypersaline lagoons in the world,” meaning it’s “saltier than most seawater,” Texas officials say.