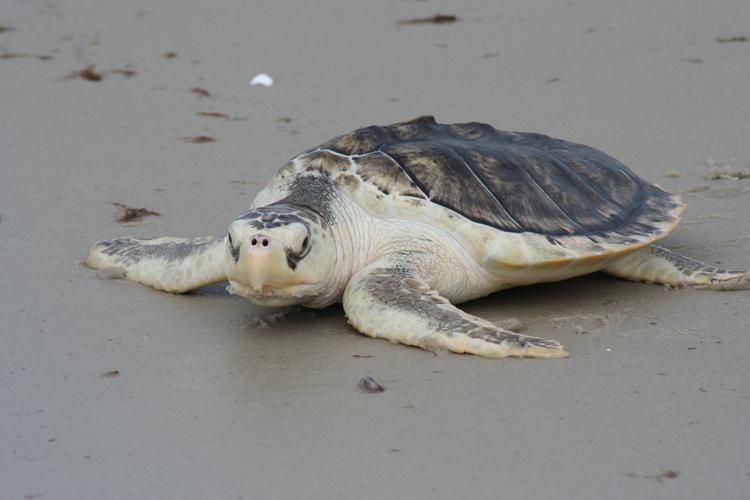 With another turtle nesting season ending earlier this month, advocates of the sea creatures turn their attention to protecting habitats along the Texas Gulf Coast.

Matagorda Bay turtles are the newest subject in an amended lawsuit filed June 30 by environmental activists against the Matagorda Ship Channel Improvement Project designers, the U.S. Army Corps of Engineers. The additional content says the dredging of the proposed project path may destroy turtle habitats.

Texas Sea Grant Director Pamela Plotkin, who led a sea turtle study that was part of the broader Matagorda Bay Ecosystem Assessment, said there is "definitely overlap " between the path of the ship channel plan and the locations of the known turtle habitats. Such a coincidence requires frequent communication between government organizations under Section 7 of the Endangered Species Act, Plotkin said.

“Whenever there’s a proposal from a federal agency, they have to work with other federal agencies that focus on protecting wildlife," Plotkin said.

The plaintiffs in the lawsuit, which include the Turtle Island Restoration Network, have called for the Corps to write a similar report. The demand for a new "supplemental environmental impact statement" became more intense after an evaluation released by Texas A&M-Corpus Christi researchers estimated that 800 acres of oyster reefs and 1,000 acres of seagrass beds would be removed during dredging activities.

In its 2019 report on the ship channel dredging plans, the Corps stated it would remove and replace around 130 acres of seagrass beds.

The green sea turtle, the most common turtle species in Matagorda Bay, sticks to a diet of seagrasses and algae because it is an herbivore, Plotkin said.