Gulf of Mexico
A tanker arrives in the Houston Ship Channel — near a spot where the road now dead ends into water at the San Jacinto battlefield in Houston — on March 6, 2014. The battlefield where Texas won its independence from Mexico is disappearing beneath rising sea levels. 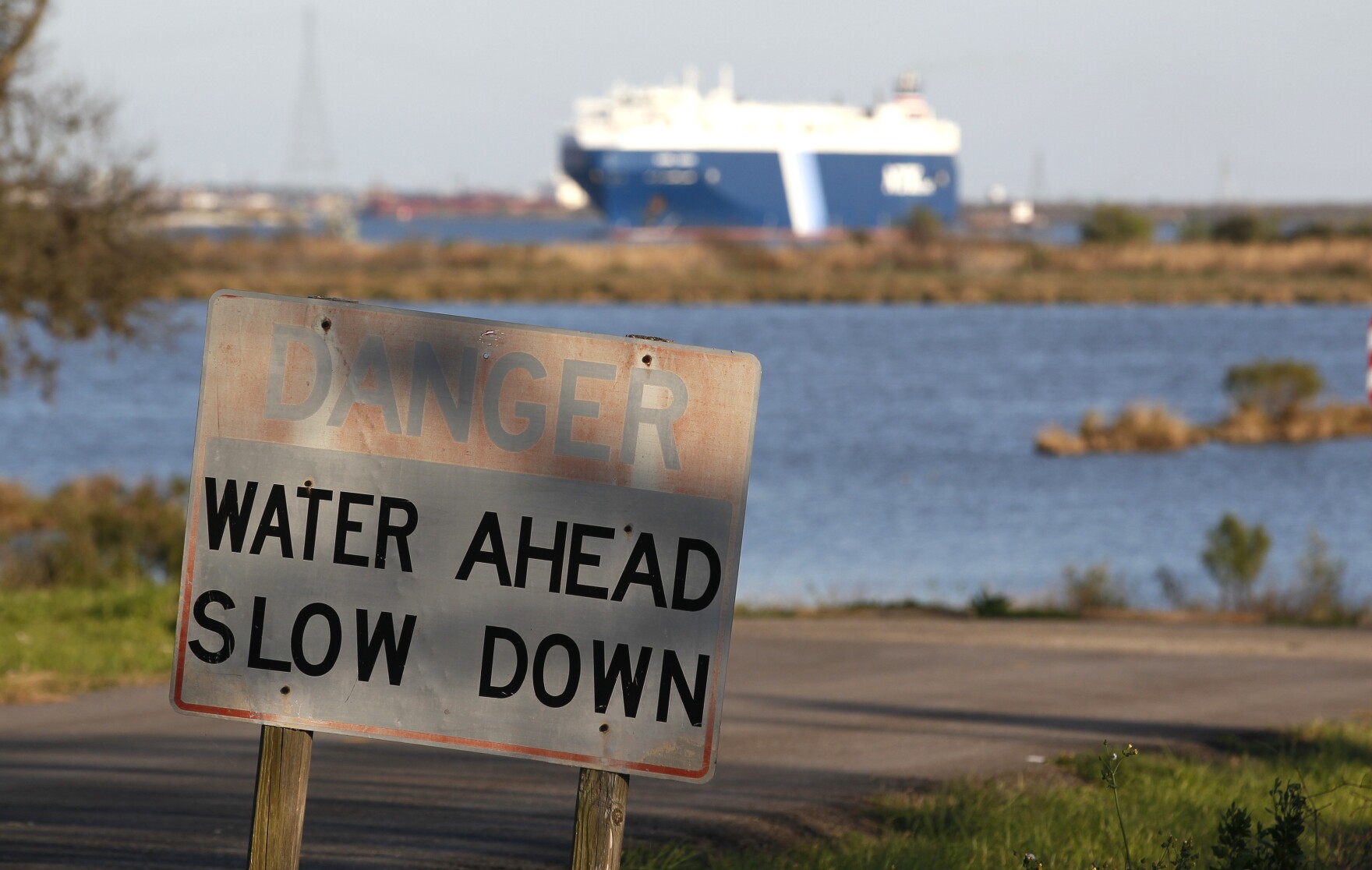 Local environmentalists have sued the Army Corps of Engineers after the agency reissued a permit for a liquified natural gas (LNG) export plant.

The Sierra Club, Save RGV and Shrimpers and Fishers of the RGV filed the lawsuitsaying the Rio Grande LNG and the Rio Bravo Pipeline project plans are still too environmentally destructive and violate the Clean Water Act. Specifically, the groups are concerned with the pipeline running through hundreds of acres of protected wetlands.

“These wetlands are important,” Nathan Matthews, an attorney for the Sierra Club told TPR. “We are concerned that the pipeline is going to impact a lot of these wetlands for a long time. The Corps is acting, in essence, at odds with what other federal entities are doing to try to protect and actually proactively restore these wetlands.”

The permit, called a 404 permit under the Clean Water Act, is given to projects that can prove they will mitigate potential impacts to wetlands.

“The last six miles of the pipeline are passing through the Bahia Grande at the (Lower Rio Grande Valley National) Wildlife Refuge. These are wetlands that the Fish and Wildlife Service and other federal entities, state and local entities as well, have spent a long time proactively trying to restore,” Matthews said.

The environmental groups sued the Army Corps last March when the agency first issued a 404 permit to the LNG and pipeline projects. The permit was suspended a month after the lawsuit was filed, when Rio Grande LNG and Rio Bravo Pipeline changed the design of the projects.

If constructed, Rio Grande LNG and Texas LNG—another LNG project slated for construction in the Port of Brownsville—would export LNG across the world after it is funneled from existing and future pipelines.

The lawsuit is a continuation of strong opposition against LNG plants and pipeline projects since the companies selected the Port of Brownsville for their plans. Groups like Save RGV, formally known as Save RGV from LNG, have heavily criticized the environmental impact and hazards of LNG facilities, citing pollution and explosions from LNG plants across the country.

Matthews said the Sierra Club is awaiting response from the Army Corps regarding the lawsuit. The groups’ overall goal is to prevent the LNG export plant and pipelines from being built.