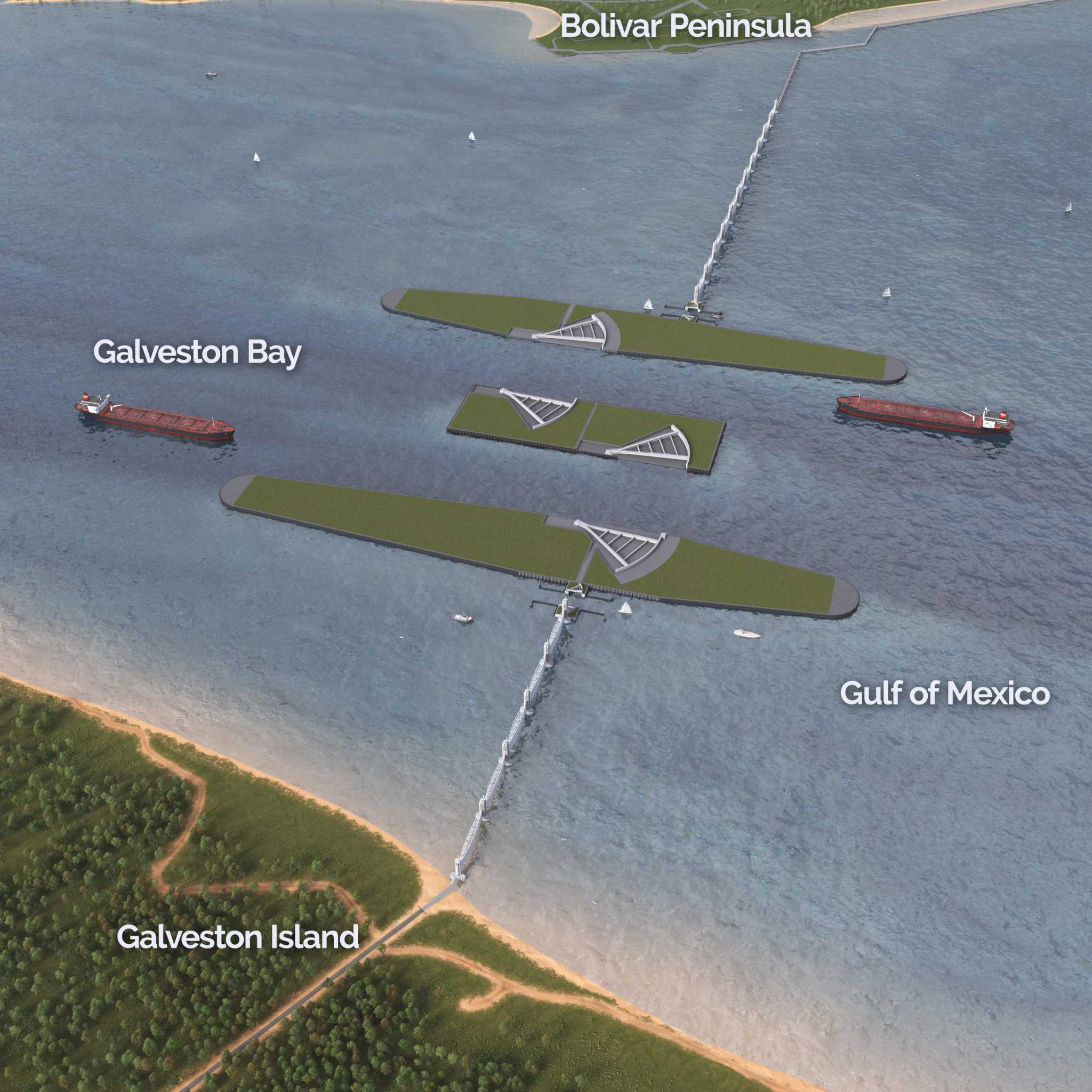 The Army Corps of Engineers has released the second draft of proposed coastal barrier that would fundamentally alter the southeast Texas coastline, with massive sea gates across the Houston Ship Channel and 43 miles of dunes and renourished beaches spanning Bolivar Peninsula and Galveston.

The newest version of the coastal barrier once known as the “Ike Dike” was released Tuesday by the Corps and Texas General Land Office Tuesday. While initial estimates said the project would cost as much as $32 billion, officials now peg the cost as $26.2 billion.

The plan incorporates feedback received during a contentious round of public meetings after the original plan was released in October 2018. Many coastal residents and environmentalists had balked at a structure that could harm ecology and wildlife and tank property values.

The Corps plans to convene three days of virtual public meetings, beginning Nov. 16. The public comment period will end on Dec. 14, and feedback will be incorporated into the final feasibility report, which the Corps plans to publish in May 2021.

Once the study is complete it will be proposed for congressional authorization and funding. If approved, it is expected to take 12 to 20 years to design and construct.

The project, which aims to protect the region from the kind of catastrophic storm surge experienced during Hurricane Ike in 2008, calls for a gated structure stretching across the mouth of Galveston Bay and the Houston Ship Channel. This would require dredging a second deep-draft channel that would be 650 feet wide and 60 feet deep. The gates would remain open year-round and would only be closed when a storm surge event threatens the Texas coast or for annual maintenance checks and inspections.