Gulf of Mexico
Port officials will also use the added time to retrofit a second dredge, named Carolina, so that it will release significantly less air pollution. It's currently in Corpus Christi. Courtesy of Great Lakes Dredge & Dock Company 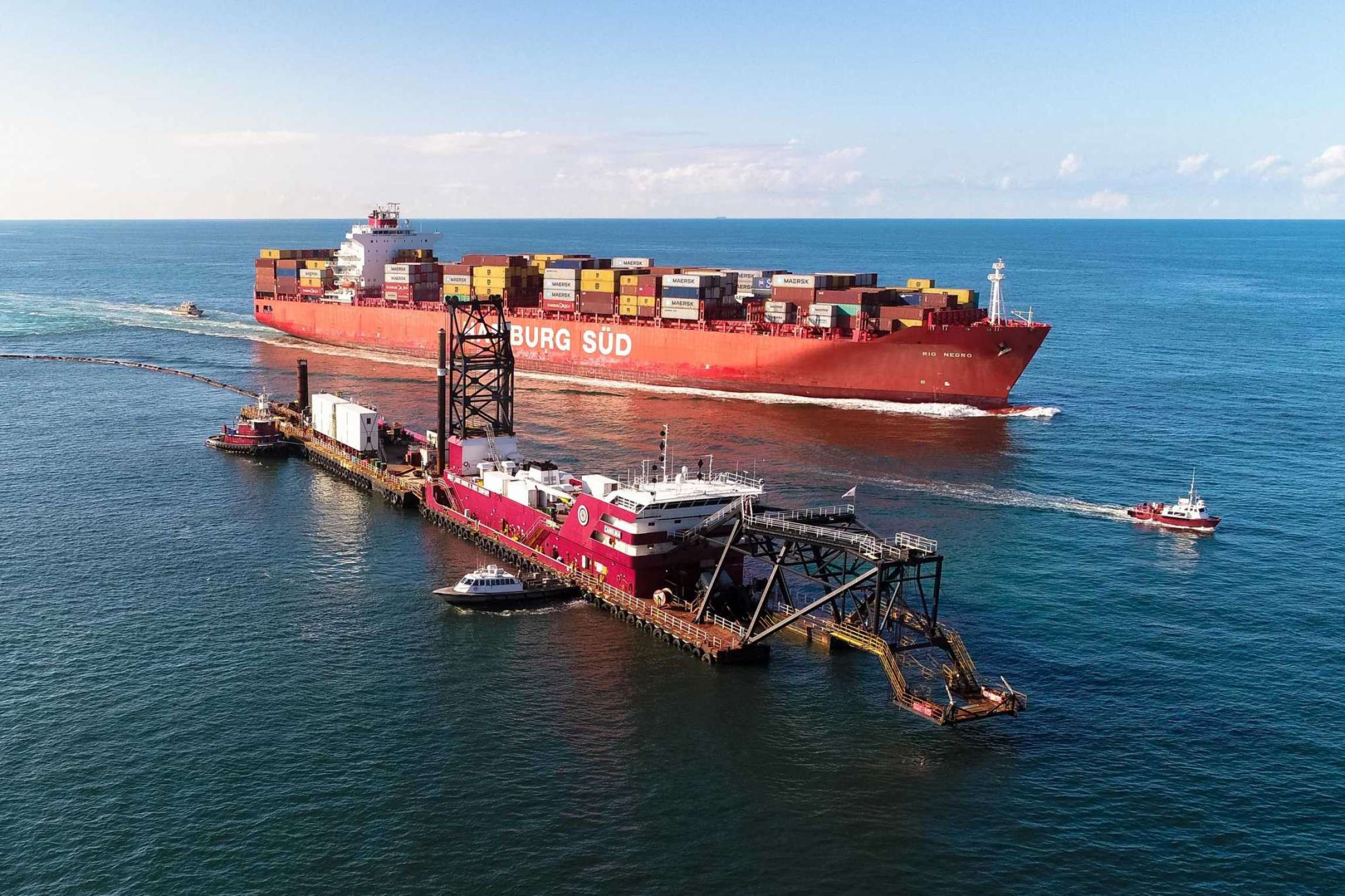 Port commissioners on Tuesday approved a contract with a locally based dredging company to begin work on an extensive, multi-phase project to expand the Houston Ship Channel, delaying the start by three months so the company can bring in a less-polluting dredge and retrofit other equipment to reduce harmful air emissions.

The agreements in the $95.4 million contract with Great Lakes Dredge and Dock Company come after environmental advocates called on port officials to consider how the pollution from dredges used in the project could harm those living along the ship channel.

On HoustonChronicle.com: As Houston Ship Channel expands, a historic community prepares to fight yet another health hazard

Emissions from dirty diesel-burning dredges and other machinery could release as much air pollution as an industrial refinery, environmental advocates found. The concerning pollutants include nitrogen oxides, which can combine with other compounds in the air to form ozone, a source of potential health problems.

But port commissioners said Tuesday they wouldn’t be using the dirtiest equipment for the first portion of work on what’s known as Project 11. They instead plan to wait for the Houston-based company to finish up another project in Charleston, S.C., with one of its cleaner dredges, then bring it here. And Great Lakes Dredge and Dock will retrofit a second, older dredge so that nitrogen oxide emissions are significantly reduced.

“The Port took an important first step in reducing the environmental impact of Project 11,” said Stephanie Thomas, a Houston-based organizer for Public Citizen. “The port’s action today demonstrates a necessary commitment to community health and the environment that we’d like to see going forward through the rest of the project.”

Project 11 is an ambitious plan to deepen and widen the roughly 52-mile-long Houston Ship Channel, which winds from the Gulf of Mexico through shallow Galveston Bay and up through the port. A bigger channel will allow for bigger ships that use the Panama Canal. Officials argue it will also make the notoriously complex channel more efficient and safe to navigate.