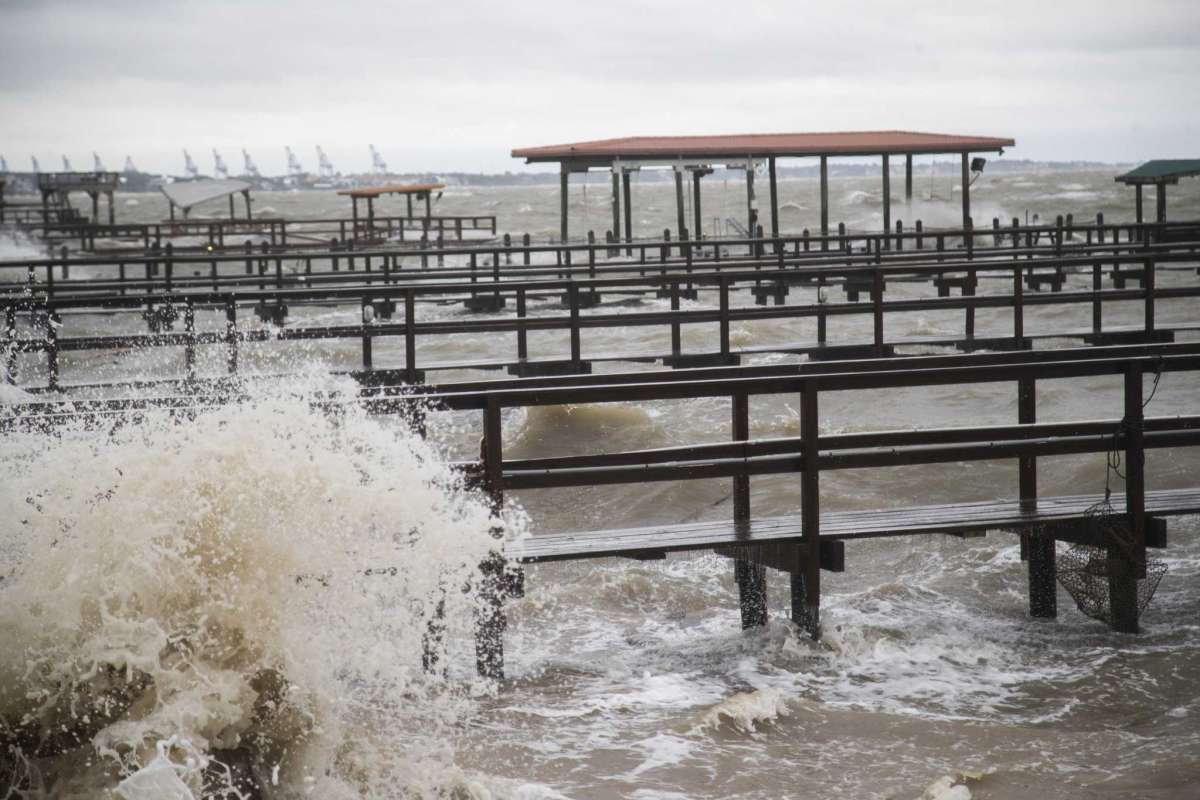 TX - Part of Galveston's 61st Street Pier, a Popular Fishing Spot, Washed up on a Nearby Beach

GALVESTON — A wooden platform from a damaged fishing pier washed up on a Galveston beach on Monday, an early warning sign from Tropical Storm Beta, which is slowly approaching the southeast Texas coast.

The platform was part of the 61st Street Pier, a popular island fishing spot, that was previously damaged by the rough waters of Hurricane Laura several weeks ago. News reports broadcasted footage of the pier breaking off into the Gulf of Mexico late Sunday night, after parts of it were cut into sections by the pier owner and his crew in order to prevent further damage from the choppy surf.

“The owner made some cuts to help it break off,” said Zach Davidson, a Galveston County spokesman.

Besides the pier damage, early signs of Beta, which is expected to make landfall near Matagorda Bay on Monday evening, were visible in the low-lying sections of the island. The Strand Historic District, which sits on the bay side of the island, began to flood early this morning after high tide and many blocks are still inundated.

Some roads on the West End of the island and Jamaica Beach are impassable, and parts of State Highway 87 are flooding between Port Arthur and Sabine Pass, according to the Texas Department of Transportation. Tides are receding, which is allowing TxDOT road and bridge crews to clear debris off of Highway 87, although the Galveston-Bolivar Peninsula ferry remains out of service.

Davidson said one of the main concerns from Beta is storm surge, particularly since much of the dune line on Bolivar Peninsula and the West End of Galveston was degraded by Hurricane Laura.

Other low-lying and coastal areas in the county had begun to see flooding from the combination of elevated water levels and high tide Monday morning, including the San Leon and Bacliff region on Galveston Bay, as well as parts of Hitchcock and League City.

The state has positioned highwater rescue teams throughout Galveston County, from San Leon to Hitchcock and Santa Fe, as well as at the county’s Office of Emergency Management headquarters in Dickinson.