Gulf of Mexico
A view looking southwest at the Corpus Christi Ship Channel with Harbor Island on the right and Port Aransas on the left. A proposal to build a terminal for giant crude haulers right across from the Port Aransas Marina and city park is drawing pushback from locals. Tuesday, Feb. 25, 2020. Photo: Bob Owen, Staff-photographer 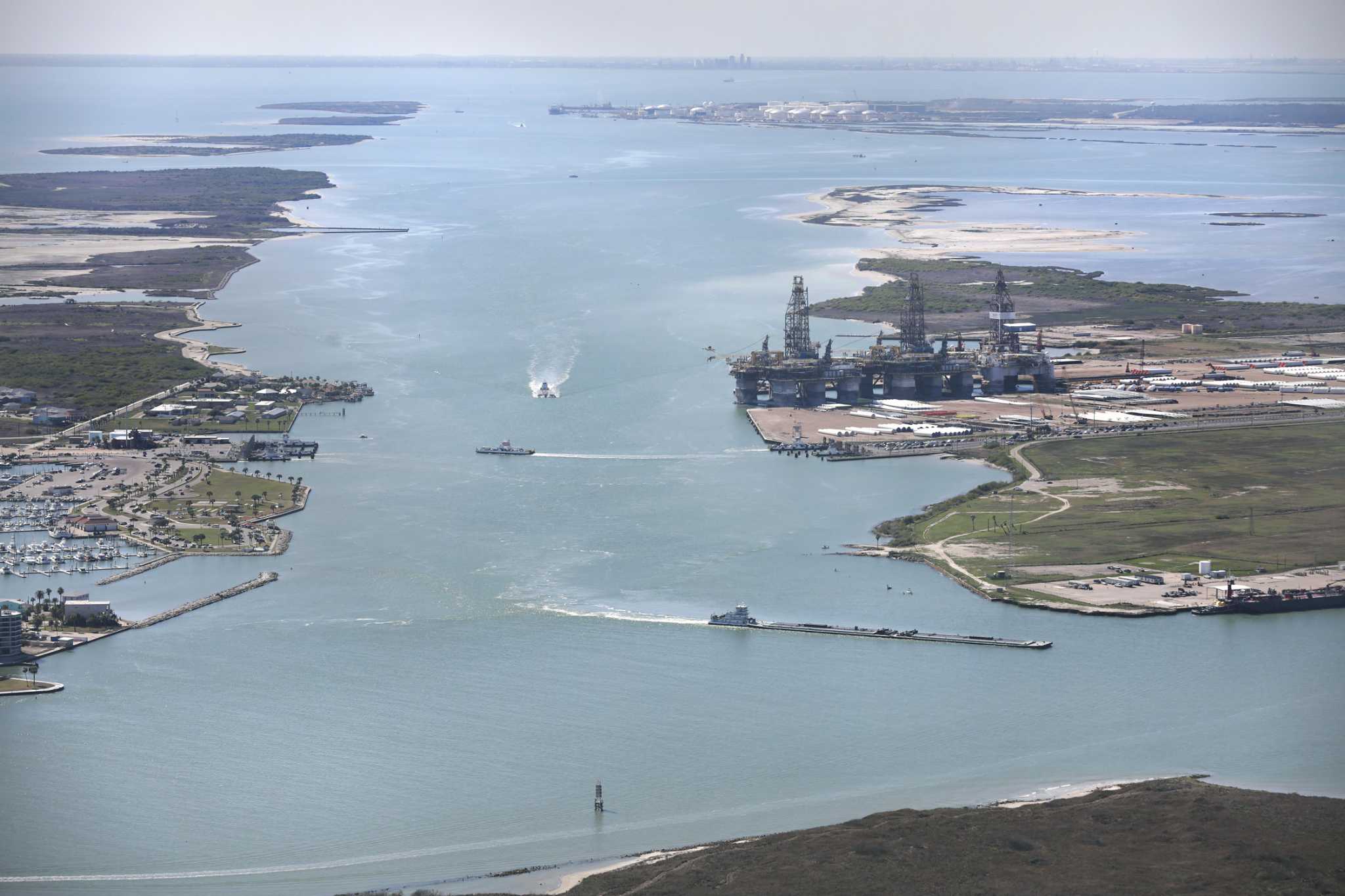 PORT ARANSAS — For generations of Texans, our very first memory of summer at the beach begins with driving aboard a tiny ferry at a place called Harbor Island, last stop on the Texas mainland. Turning off the engine and setting the brake, we have rolled down our windows, filling our noses with moist salt air and our ears with the screeches of seagulls. Kids jump out to stare over the side at the frolicking of the little sand trout. The boat docks in Port Aransas only a few minutes later, which means one thing: sunny vacation on the world’s longest barrier island.

But this place, and lots like it up and down the Gulf Coast, now find themselves in the way of a desperate natural gas industry. For months, there has been far too much oil and gas, with prices ranging from unprofitable to marginal. Investors had already started throwing up their hands at the industry before the coronavirus pandemic.

Industry’s response? To double down, in part by gambling on a new generation of leviathan tankers that will help them compete in foreign markets they hope will save them. Problem is, the tankers are too big for these shallow harbors so the Trump administration is obliging with a hefty bailout, bad money after good, in the form of $4 billion of taxpayer-funded dredging and approvals on new plants and docks, holding the promise of tanks, machines and pipelines — progress, some might say, even if it all wrecks America’s southern coastline.

What does this mean for the vacationers and the sand trout? It won’t be pretty.

The coastline of the Gulf of Mexico is a working person’s waterway. It’s not fancy. It’s a simple place of crab boils, bars and bays.

The flats, inlets and beaches are watercolor subtle: Upon careful inspection there are birds and fish, clams and crabs. By night, the wind speaks, swishing the palm fronds. The tourists wash in, constant as the tide.

They began coming in the early 1900s when Port Aransas was known as Tarpon, Texas for its vast supply of the massive silver sport fish. Sturdy little wooden Farley boats, built right here, brought the unknown and the famous alike to search for the finned phenom.

For its part, the oil and gas industry has been caught unprepared for the short-term rivalry of Saudi Arabia and Russia as well as the rapid transition from petroleum to green energy around the world. Global demand for fossil fuels showed signs of slowing last year. And the industry is cornered by investors. Major hedge funds and private equity firms are snubbing new investments and scrutinizing existing ones.