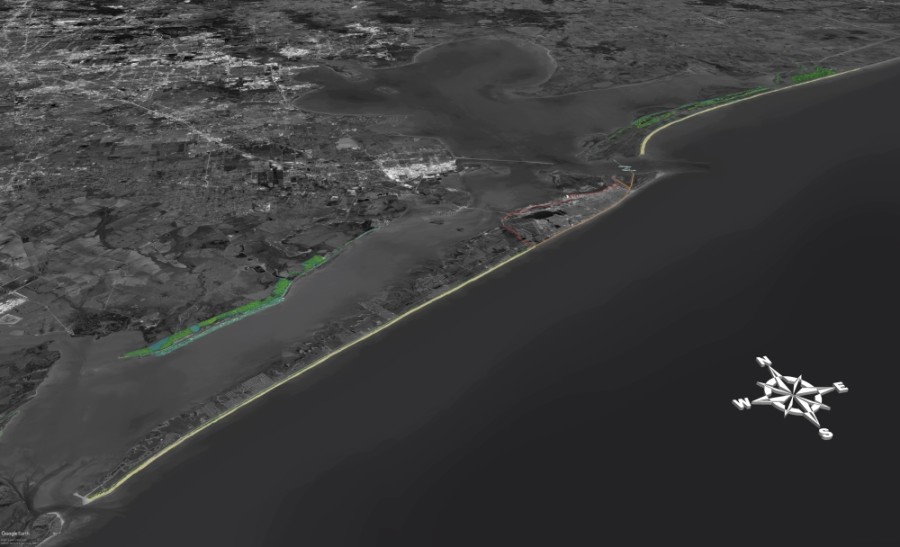 Officials have finalized the feasibility study for a coastal barrier that would protect Galveston Bay and its surrounding communities from hurricanes, and residents have a chance to weigh in on the plan before it goes to the U.S. Congress.

But already, some officials are thinking ahead, coming up with ways to potentially fund the multibillion-dollar project.

If approved as is, the coastal barrier, designed by the U.S. Army Corps of Engineers and Texas General Land Office, would include a system of navigable gates, walls and man-made islands between Galveston Island and Bolivar Peninsula. The gates would remain open to allow ships to pass but would close in the event of a major storm to block storm surge coming into the bay and potentially flooding communities, Morgan’s Point Mayor Michael Bechtel told League City City Council during a Nov. 10 workshop.

“This is where all the big bucks are going to, ... but they work,” he said. “Everybody’s pretty much on board with this.”

The existing 10-mile seawall along Galveston Island would be improved with increased height and other enhancements. An 18-mile ring barrier system would be built around Galveston Island to protect neighborhoods and businesses, according to the study’s website, www.coastalstudy.texas.gov.