Gulf of Mexico
The Rollover Pass cuts through the Bolivar Peninsula. This image illustrates the challenges of working in area with a lot of water. (Texas General Land Office photo) 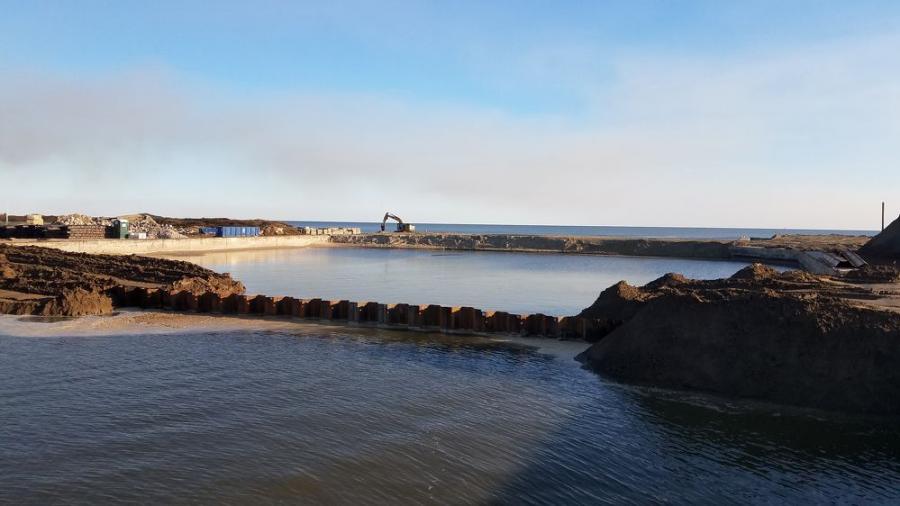 The first step toward the construction of a new Bayside park in Gilchrist, Texas (Galveston County), is the filling in of the Rollover Pass in the Bolivar Peninsula, a $7.4 million project that began last October when crews from Brizo Construction LLC commenced its operations to fill in the 200-ft. wide and 1,600-ft. long strait (canal).

The project, initiated by the Texas General Land Office (GLO), was funded by an appropriation from the Texas Legislature in 2009. The new park will be created and managed by Galveston County.

The pass's north and south sides were closed on Sept. 30. The operations to fill the straight with sand, approximately 160,000 cu yds, should be completed by late April/early May. The park and recreational area, which includes a fishing pier on the Gulf of Mexico side of the peninsula, will be built on the site of the former pass and is expected to be completed in 2021. The Lauderdale Dock also will be renovated.

"The project is on schedule," said David Green, the GLO's deputy director of coastal resources. "We understand that that Rollover Pass is a highly valued location for the Galveston community and fishermen across the state, [which is why a new fishing pier is an integral part of the park project]."

The GLO has applied for an official permit for park and pier construction through the U.S. Army Corps of Engineers. Initial plans for the park include nature walks and paths, and viewing sites to watch birds and other wildlife.

The closure of the pass was authorized by the Texas Legislature in 2009, under Senate Bill 2043. The pass, an artificial strait, was cut into the Bolivar Peninsula in 1955 by the Texas Game and Fish Commission [now Texas Parks & Wildlife] at the peninsula's narrowest point.