Gulf of Mexico
Dana Jones pauses for a moment on Aug. 1, 2022, as she retells her experiences with past floods in Houston. Hurricane Harvey in 2017, Tropical Storm Imelda in 2019 and Winter Storm Uri in 2021 damaged her home. Credit: Kylie Cooper/The Texas Tribune 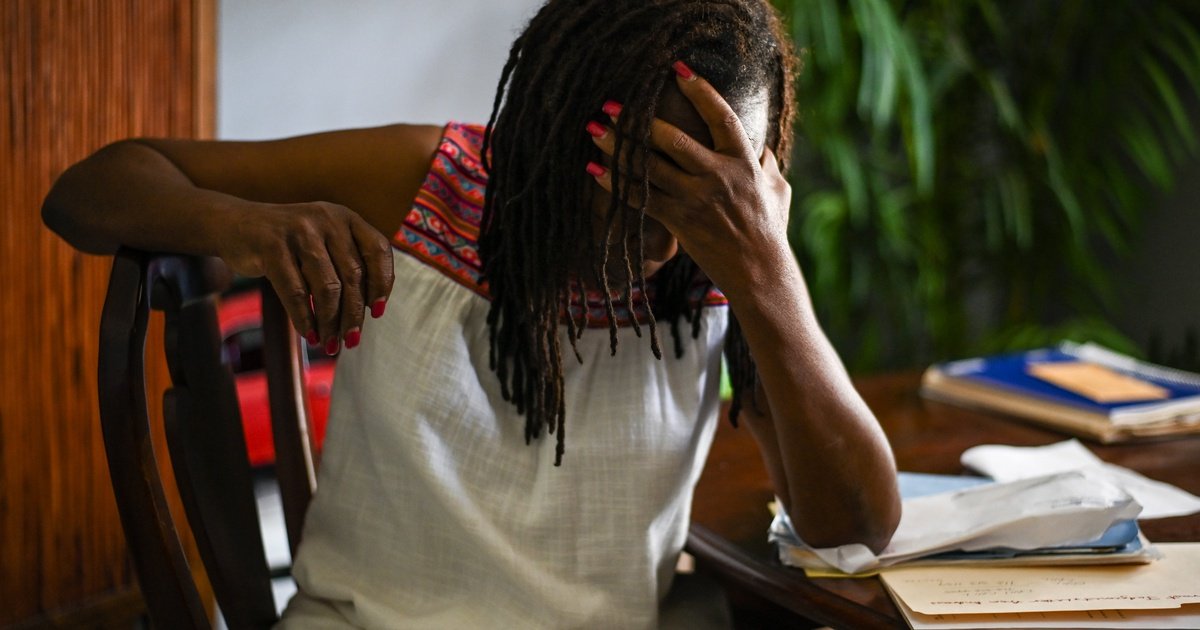 Tens of thousands of coastal Texas residents have survived repeated extreme weather events including Hurricane Harvey. For many, it has taken an emotional toll, and researchers warn that climate change could be “catastrophic” for our mental health.

HOUSTON — The first thing Dana Jones, 61, tells you to do when you enter her gray-blue house in Melrose Park is walk along the off-white tile, up and down, through her dining room, while she watches carefully for your reaction. “Do you feel it?” she asks.

The flooring is bent, a bit warped. And Jones, too, feels warped, five years after Hurricane Harvey forced her to wade through waist-high water that came too fast.

The Texas Tribune thanks its sponsors. Become one.

It took her a month to find somewhere to live, so she lived out of her truck. The thing she fears the most is having to flee her home again.

When it rains, she cries. She hyperventilates. She can’t sleep.

“It’s destroying me,” she says, to live in a wrongly contorted house, a house that she believes is going to flood again. She gives a few quick low exhales, a tactic she uses to try to stop herself from hyperventilating. She doesn’t know what the next storm will be named, only that it’s coming.

It’s not just the floor. The wood siding is deteriorating and has dark water stains from the floods. The mold is back — she thinks it reemerged in the walls after Tropical Storm Imelda in 2019, but she didn’t find it until her pipes burst during Winter Storm Uri in 2021. She tries to keep it at bay with bleach.

You don’t understand, she says. There are so many people still hurt by this, people even worse off than her. She quickly exhales, twice more.

For decades, atmospheric scientists have predicted climate change would bring more intense tropical storms and hurricanes. Separate analyses found that climate change likely increased Hurricane Harvey’s total rainfall by as much as 19% and Tropical Storm Imelda’s by between 9% and 17%.

More intense natural disasters are taking an increasing toll on people's mental health. An international group of leading scientists concluded in the most recent Intergovernmental Panel on Climate Change report that extreme weather events are followed by increased rates of mental illness.