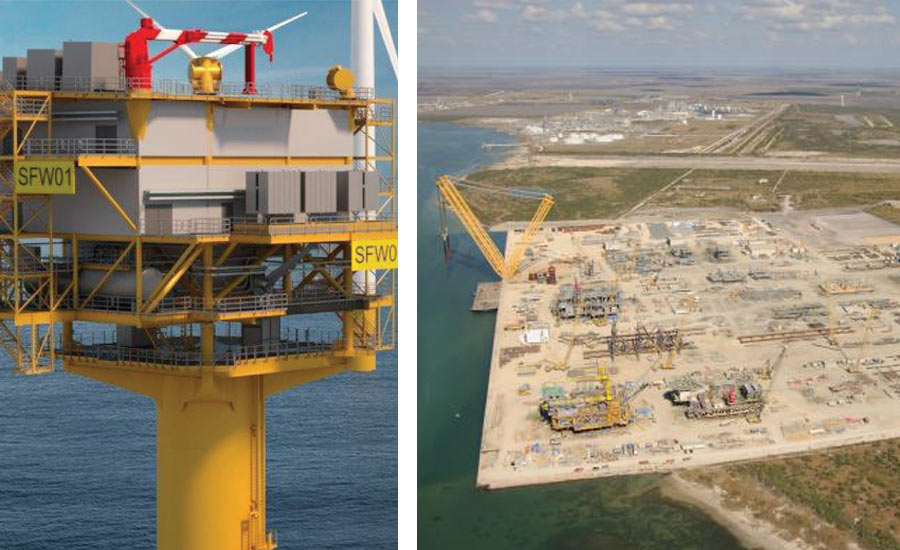 Kiewit Offshore Services Ltd., the largest U.S. offshore fabricator, will develop the substation for the state’s first offshore wind farm at the firm's 555-acre oil and gas fabrication facility in Ingleside, Texas, with work set to start in November, it said.

“The production of clean energy is at a pivotal stage in the U.S.,” said Paul Geldmeier, Kiewit Energy executive vice president and president of Kiewit Offshore Services, who is leading its offshore wind work. Substations are critical components of utility-scale offshore wind farms, collecting power produced by turbines and connecting it to the onshore grid. The structure for South Fork will consist of a topside resting on a mono-pile foundation.

More than 350 workers will support the Kiewit project at the site, as well as in Houston and Kansas, and “hundreds of union workers in the Northeast,” said Kiewit. Joe Nolan, Eversource Energy CEO and president, said the project “signals the growth of the next great maritime industry throughout the country.”

The firms declined to disclose the value of the Kiewit contract.

Ørsted and Eversource said they are set to start construction of South Fork, located 35 miles east of Montauk, N.Y., in 2022, with a federal permit expected early in the year. The U.S. Dept. of Interior's Bureau of Ocean Energy Management (BOEM) issued the project’s final environmental impact statement on Aug. 16.  State regulators approved the project's transmission cable to East Hampton, N.Y., earlier this year.