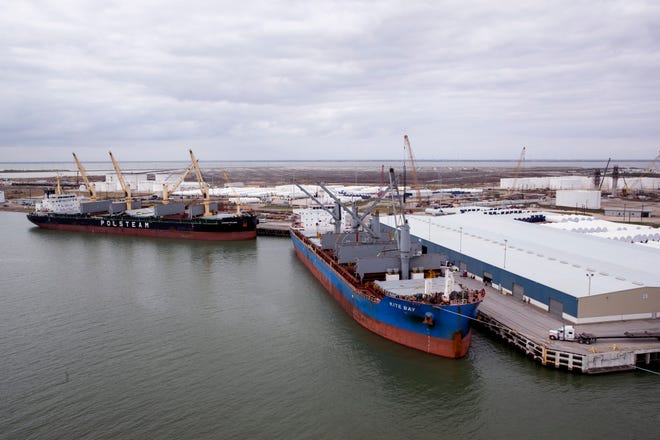 TX - Is the Port of Corpus Christi on its way to eclipsing last year's record tonnage haul?

More cargo has sailed through the Port of Corpus Christi in the first six months of 2021 than it did in 2020, which was its record year for waterway tonnage.

The port ended June 2021 with a new record quarter and a record first half of the year, moving nearly 80.5 million tons of cargo during the first six months of the year, port officials said in a statement Monday.

Its first-half 2021 total tonnage resulted in a 4.7% increase during the same period in 2020. Port officials credited the uptick to a 72% year-over-year increase in liquefied natural gas exports.

The port also reported a 42% year-over-year increase in agriculture commodities, and a 3.6% increase in crude oil exports.