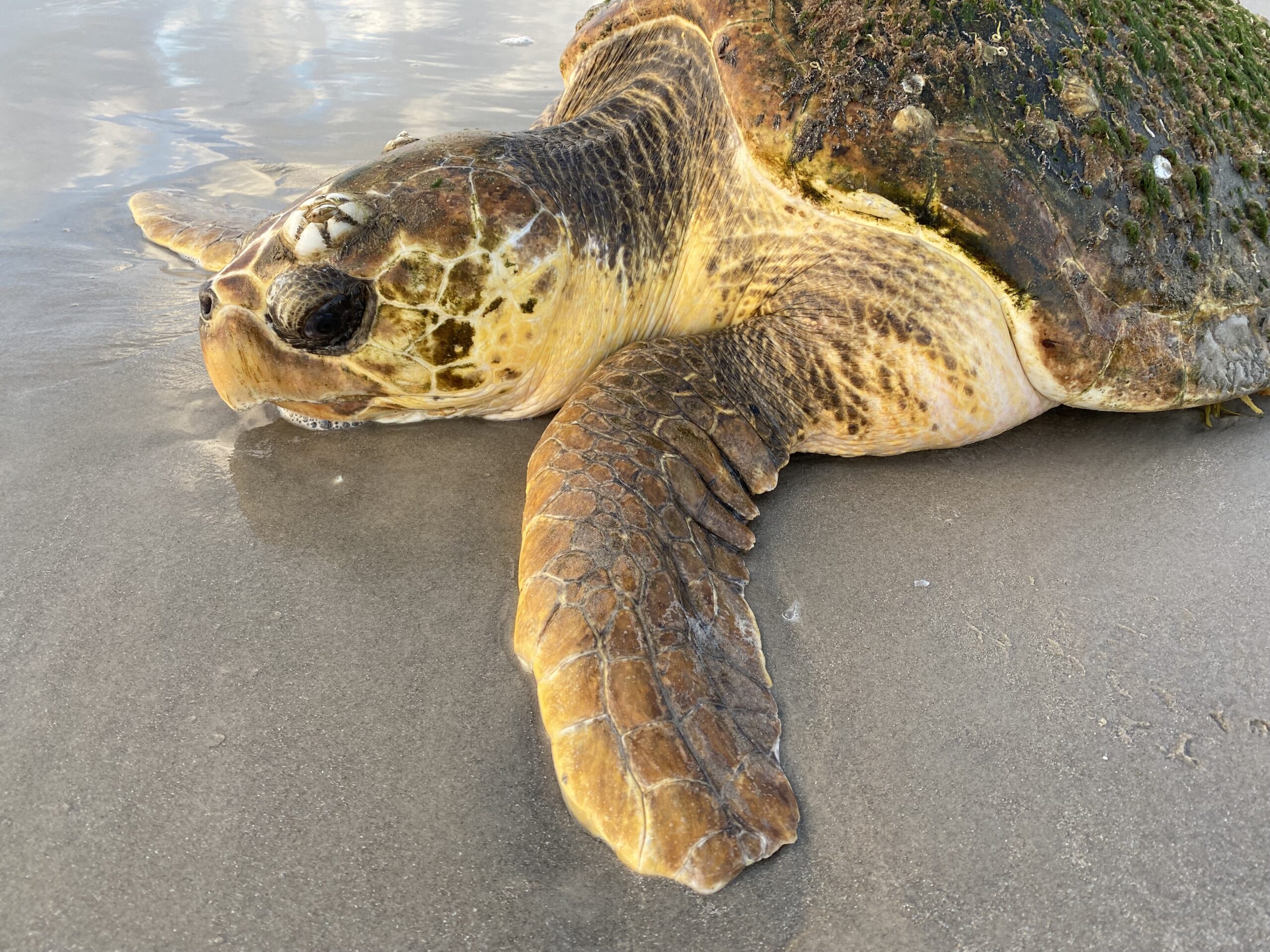 TX - Hundreds of sea turtles are stranding on a Texas beach. Officials don’t know why

Officials are baffled after hundreds of loggerhead sea turtles have become stranded on Texas beaches. A record-high total of 282 loggerheads have appeared in Texas between April 1 and August 19, according to a news release from the US Fish and Wildlife Service, which is more than double the total strandings in any year from 2012 to 2021.

The reason for the sharp spike isn’t clear.

“Annual numbers have increased during this decade,” noted Donna J. Shaver, Texas coordinator of the Sea Turtle Stranding and Salvage Network and chief of the Division of Sea Turtle Science and Recovery at the National Park Service’s Padre Island National Seashore, in the release.

“This dramatic increase in loggerhead strandings this year is alarming and has STSSN participants on high alert in the Coastal Bend to be ready for the increased influx of incapacitated loggerheads needing immediate rescue and care.”

There are five species of sea turtle found in the Gulf of Mexico. Loggerheads are the most abundant speciesto nest in the United States, although their population has still faced decline, largely due to bycatch from fishing operations. As adults, the sea turtles can be as long as 3.5 feet and weigh as much as 350 pounds, according to the National Oceanic and Atmospheric Administration.

Over the past decade, an average of 109 loggerhead sea turtles have stranded on Texas beaches each year, according to the US Fish and Wildlife Service.

Most of this year’s strandings have occurred in Texas’s Coastal Bend between the counties of Calhoun and Kleberg. Around two-thirds of the stranded sea turtles are found dead, according to the service. The ones found alive are “underweight and emaciated.”

“In the Coastal Bend, around one third of the stranded loggerheads have been found alive and are receiving care at permitted rehabilitation facilities, including the Amos Rehabilitation Keep, Texas State Aquarium, and Texas Sealife Center,” said Mary Kay Skoruppa, US Fish and Wildlife Service sea turtle coordinator for Texas, in the statement.

“The affected loggerheads have been found underweight and emaciated. They are receiving diligent care in rehabilitation, and we hope that most will recover and ultimately be released back into the Gulf of Mexico.”

Scientists have been able to rule out a few causes of the strandings: They are not due to infectious diseases, biotoxins, or fishery-related captures, the service outlined.

Instead, scientists think the explanation may lie with changes in the sea turtles’ habitat and access to prey, according to the statement. Investigators are sampling live and dead sea turtles to identify which factors may be behind the mysterious strandings.