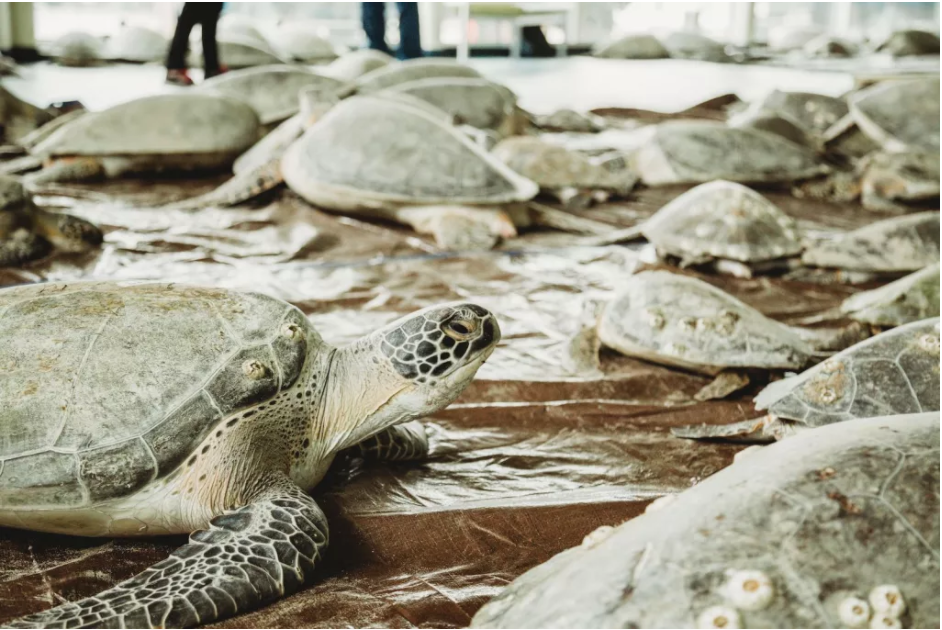 These range from fishing tournaments to quilt shows to college basketball tournaments.

Tourists and event groups alike are drawn to the island for obvious reasons. Situated on the coastal tip of Texas, along the southern coast of the Gulf of Mexico, the barrier island destination boasts 34 miles of white sand beaches, clear emerald waters and 300 days of sunshine per year.

But during the recent polar vortex that slammed the Lone Star State with record freezing temperatures that proved too much for the state’s power grid to handle, the facility was converted into a temporary rescue sanctuary for 5,300 endangered sea turtles.‍

On Valentine’s Day, volunteers and staff from South Padre’s Sea Turtle, Inc., which has been rescuing and rehabilitating sick and injured sea turtles for more than four decades on the island, began scouring the shoreline on foot and by boat, working to save as many sea turtles from the life-threatening cold as possible.

The creatures had fallen victim to a condition called a “cold stun,” in which their body temperatures fall so low that they’re virtually paralyzed and unable to swim, eat or hold their heads above water, making them susceptible to drowning.