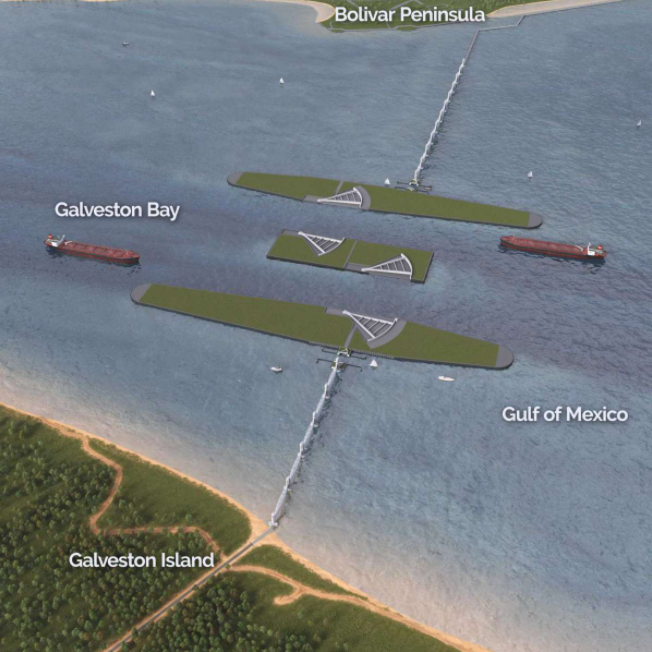 A bill has been introduced in the Texas Legislature to create a regional district that could levy taxes and issue bonds to build and maintain a proposed $26 billion storm surge barrier on the southeast Texas coast.

The measure, SB1160, is sponsored by state Sen. Larry Taylor, R-Friendswood, with a companion bill in the state House filed by Rep. Dennis Paul, R-Houston. The legislation would establish the Gulf Coast Protection District, an entity composed of members from Harris, Galveston, Chambers, Jefferson and Orange counties.

The proposal marks the first time that lawmakers have outlined a clear local funding and management mechanism for the long-discussed coastal barrier, once known as the “Ike Dike,” the majority of which would be funded by the federal government. In addition to taxing authority, the local protection district could use eminent domain to seize property or land “for the exercise of the district’s functions,” according to the bill’s text.

Taylor told a Senate committee on Monday that the bill is vital to the Army Corps of Engineers’ proposed coastal barrier project, which aims to protect the region from the kind of catastrophic storm surge experienced during Hurricane Ike in 2008.

“This is a very important bill, and not just not just for the state of Texas, but for our country,” Taylor told the Senate Water, Agriculture & Rural Affairs Committee. “The No. 1 supplier of military aviation fuel is in this area. So if you’re talking about national security, (if) this area gets wiped out and we don’t have the aviation fuel, that would be a security problem. It’s our No.1 military port. And it’s our No. 1 petrochemical complex.”

The barrier proposal calls for a gated structure stretching across the mouth of Galveston Bay and the Houston Ship Channel. It also calls for 43 miles of dunes protecting the Galveston and Bolivar Peninsula coastline, as well as a “ring levee” that would protect the north side of Galveston island.