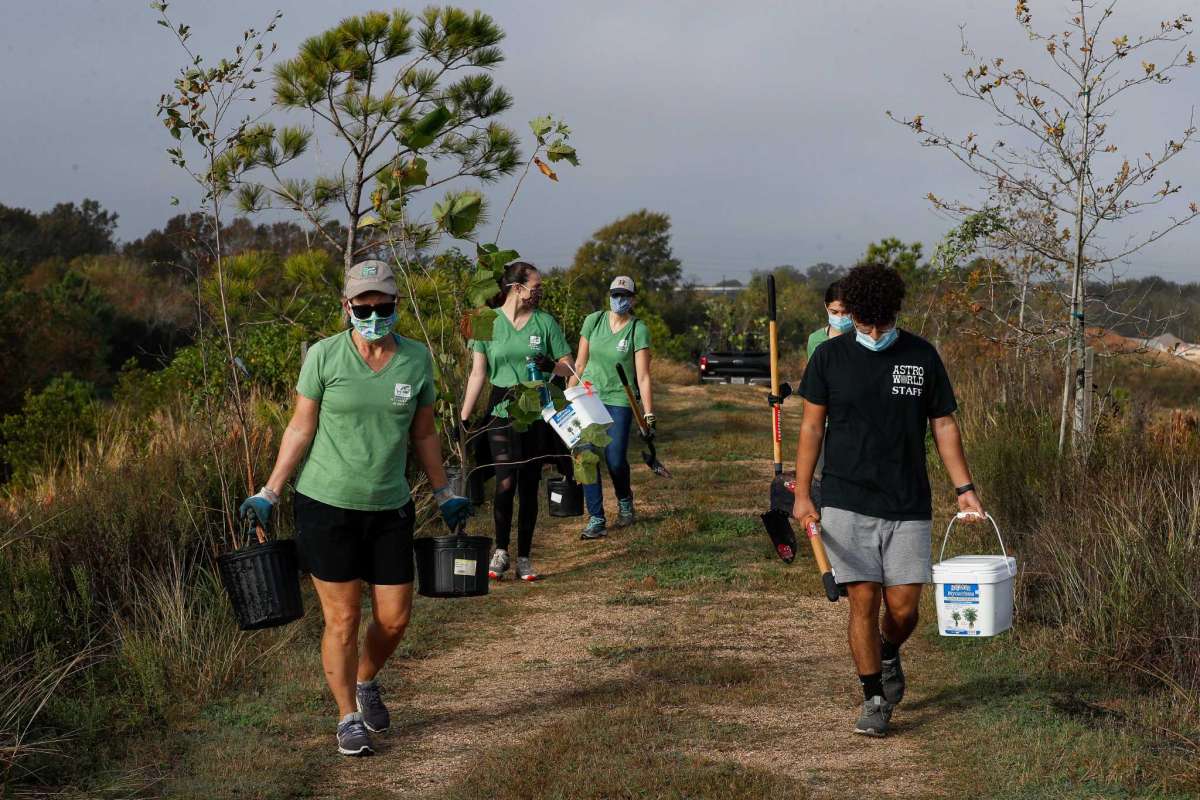 Not too far out along the Bayport Berm, the maw of earth-moving machinery gives way to the chirping of songbirds.

The Port of Houston built the berm, a 2.6-mile-long, 20-foot-high ridge that curves from about Texas 146 to Galveston Bay, to buffer the communities of Seabrook and Jardin del Mar and preserve nearby natural areas from the sights and sounds of its busy Bayport Container Terminal. A massive land development is now under construction on the terminal side. But wildlife sights and sounds appear to be increasing, too.

The berm sits along the Great Texas Coastal Birding Trail, an important stop for migrating and overwintering birds. Before heavy industry arrived, the whole area was a wildlife paradise. Patches of it still are. Armand Bayou Nature Center is nearby, and other surprisingly lush pockets of undisturbed marshland and woods lie between the berm and Galveston Bay.

It isn’t so obvious yet, but volunteers have planted about 2,500 native tree saplings on the berm since July. And that number will double by the end of March, says Deborah January-Bevers, the president and CEO of Houston Wilderness, a nonprofit founded in 2002 to support and coordinate the work of many partners who want to preserve and promote the 10 diverse eco-regions that lie within the Houston metro region’s 13 counties.