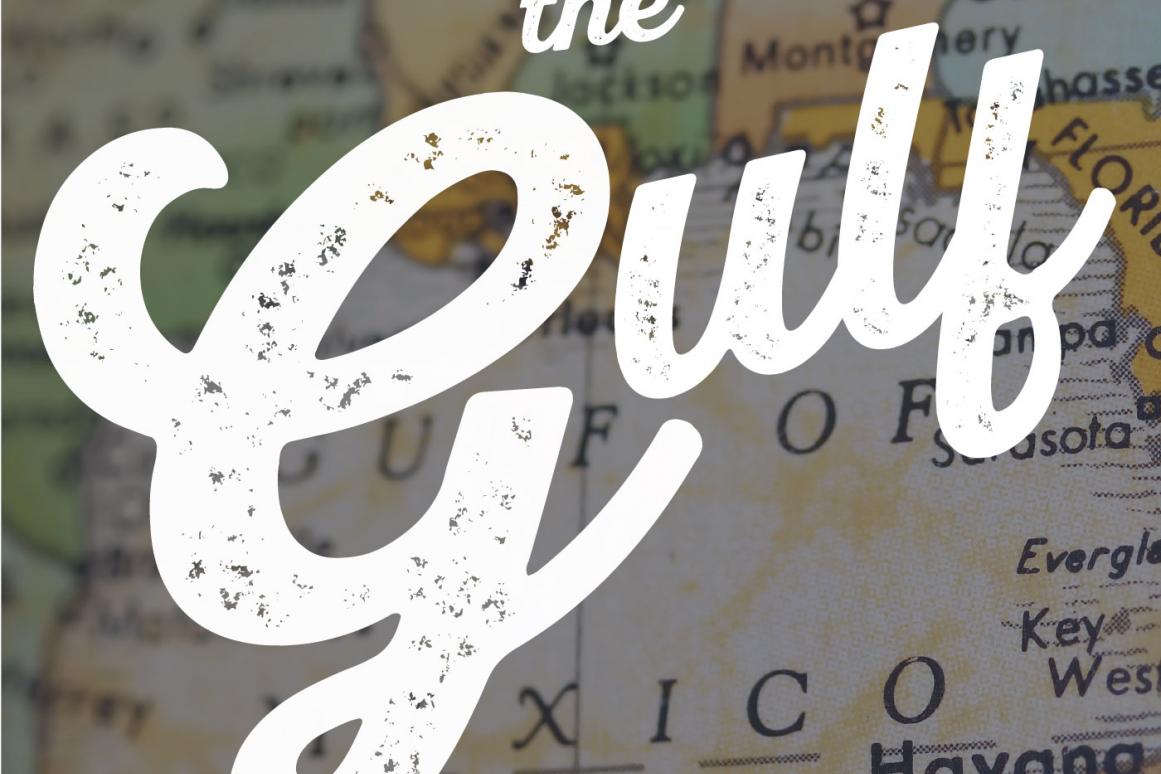 The Gulf is a podcast and oral history project that shares stories about people and nature along the Texas Gulf Coast. The podcast was created by Dr. Jen Brown, Joe B. Frantz Associate Professor of History at Texas A&M University-Corpus Christi, and is sponsored by the Harte Research Institute for Gulf of Mexico Studies.

CORPUS CHRISTI, Texas — The Coastal Bend of Texas is uniquely linked to the Gulf of Mexico. Its communities are grounded in maritime industries and the lives of many of its residents are tied to its natural resources. A lot of the history of this unique coastal community has gone untold. “The Gulf” is a new podcast and oral history project that shares these stories about people and nature along the Texas Gulf Coast.

The podcast was created by Dr. Jen Brown, Joe B. Frantz Associate Professor of History at Texas A&M University-Corpus Christi, and is sponsored by the Harte Research Institute for Gulf of Mexico Studies (HRI). New episodes are released monthly. This month’s episode, “The Edge of the Sea,” examines freshwater inflow, the drought of the 1950s, and more recent laws that have made Texas a national leader in protecting freshwater inflow and estuaries. It features stories from HRI Chair for HydroEcology Dr. Paul Montagna and former HRI Senior Executive Director and HRI Chair for Gulf Strategies Dr. Larry McKinney.

You can find “The Gulf” on most major podcasting platforms.

Brown will also be giving a virtual presentation on the podcast and her work at 6 p.m. Thursday, Feb. 18, through the Oso Bay Wetlands Preserve & Learning Center’s Eco-Expert lecture series. You can receive the Zoom link by registering online at https://register.ccparkandrec.com/.

Brown is an environmental historian – instead of telling stories about famous people from the past like most popular history, Brown said, she studies the history of fly fishing, conservation, and natural resource policies. Her first book, “Trout Culture: How Fly Fishing Forever Changed the Rocky Mountain West” (University of Washington Press, 2015) received critical acclaim and she is currently writing a new book, “The Fantastically Strange Cold War History of Dolphins,” which examines how the Cold War and space age shaped the environmental movement.

“When I arrived here, I realized a lot of the history of the Texas Coastal Bend and the Texas Gulf Coast in general was missing – it wasn’t preserved in the archive even though so many people live, work, and play on the coast, and are out in the Gulf every day,” Brown said.

Brown works in collecting oral histories, a unique process that writes history from the ground up by telling stories from the perspective of everyday people instead of just the famous ones. She conducts extensive interviews, recording people talking about their lives in their own words. Those histories are preserved in a special archive at the TAMU-CC Mary and Jeff Bell Library on campus. The podcast is created from this work – she edits her interviews into focused 20- to 30-minute stories about interesting local characters and their relationships to natural resources.

Past episodes of the podcast have collected the stories of Emilie Payne, the “Pelican Lady,” a Corpus Christi housewife who became interested in brown pelicans in the 1960s, at a time when they’d become nearly extinct, and dedicated 20 years to protecting and patrolling their nesting grounds. She also interviewed retired Texas A&M University-Corpus Christi marine biology professor Dr. David McKee about Henry “Hank” Compton, a former Texas Parks and Wildlife Department marine biologist whose interest in the deep sea drove him to create beautiful art until his life ended in tragedy. There’s even a guest episode hosted by Brown’s student Max McClure about TAMU-CC Assistant Professor of Marine Biology Dr. Dara Orbach, whose research focuses on the reproductive morphology and mating behavior of marine mammals, and whose lab hosts the largest collection of marine mammal penises in the world.

Future episodes will focus on topics like oyster reefs and the Kemp’s Ridley sea turtle.

“The goal of the podcast is to preserve the histories, and hopefully tell a story that gets an audience interested in these coastal issues,” Brown said.

For more information about “The Gulf,” visit the Harte Research Institute’s website.

Listen to the Gulf Podcast on Apple Pods