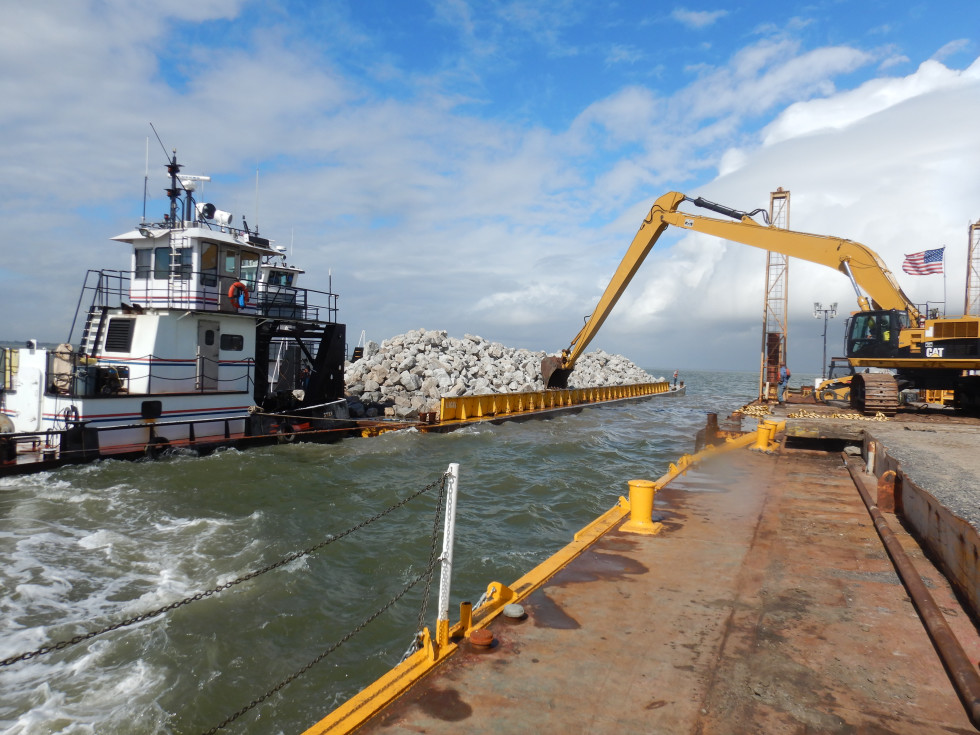 In a first for Galveston Bay, three groups have created a pivotal sanctuary for wildlife.

Some 40 acres of new oyster habitat have been constructed in the Upper Galveston Bay/Trinity Bay, the Galveston Bay Foundation announced.

The habitat comes after a two-year closure to allow oysters to populate the reefs. Approximately 25 acres of reef will be open for commercial harvest, while 15 remaining acres will be preserved as a broodstock sanctuary reef to provide a sustainable approach to commercial oyster harvest, a press release notes.

This new oyster habitat is expected to help filter coastal waters, enhance water quality, and provide food and shelter for over 300 different species of fish, shrimp and crabs, and other invertebrates.

In this new reef project, over 20,000 tons of limestone were placed on the bay bottom to establish a habitat in the southwestern region of Trinity Bay.
Nearly 50 percent of the oyster reefs in Galveston Bay have been lost due to commercial fishing, as well as extreme weather events, such as Hurricanes Ike and Harvey, according to foundation data.

Galveston Bay Foundation, The Nature Conservancy, and Texas Parks and Wildlife Department partnered on the sanctuary, in effort to demonstrate that the bay’s oyster population can be sustainably managed without completely restricting commercial harvest.

A similar project was completed by the Nature Conservancy in Matagorda Bay in 2014. Today, that reef is teeming with marine wildlife and oysters can be found on 70 percent of the reef’s surface, the foundation adds.