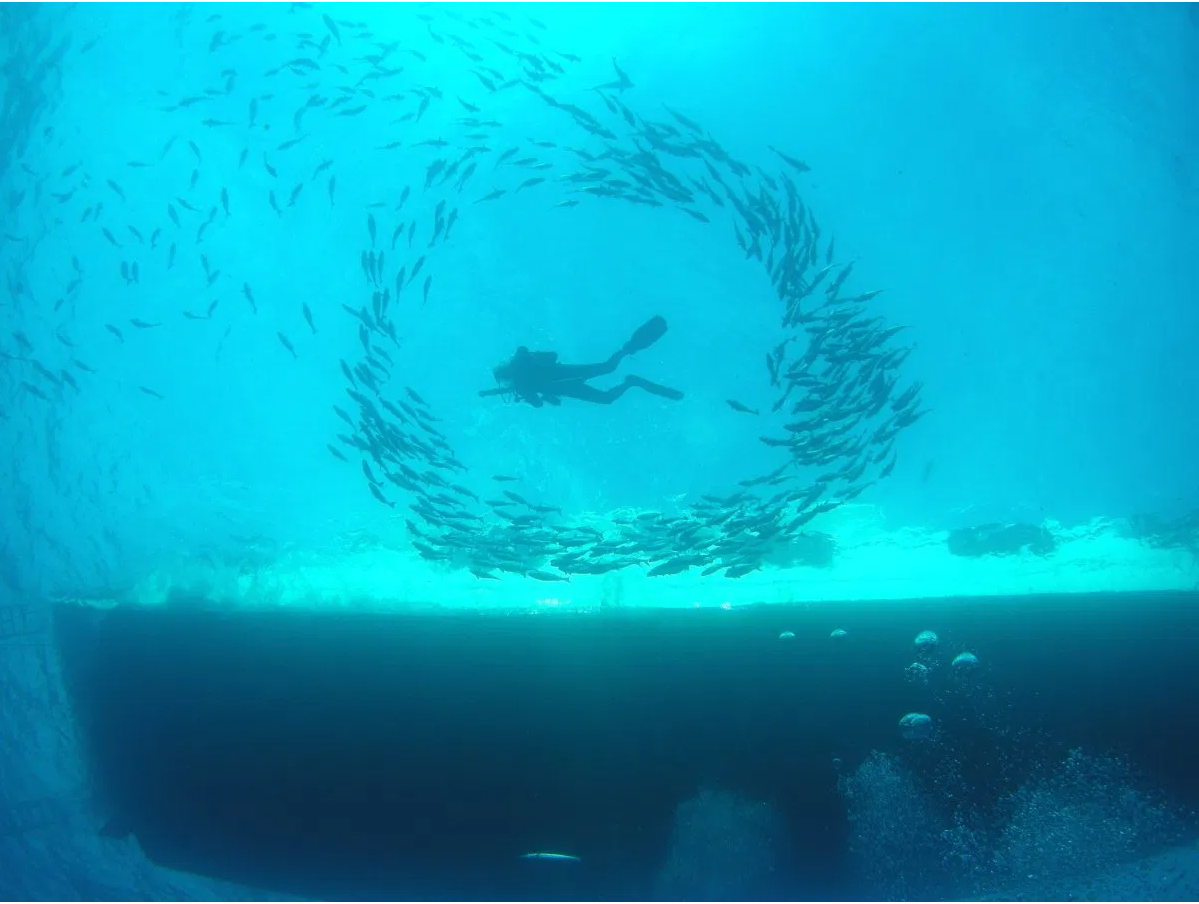 Standing in the surf on a Texas beach, it is easy to imagine that the sandy seafloor stretches out indefinitely under the swelling waves.

But about 100 miles out, at the edge of the continental shelf, giant salt domes soar from the sand to form a dazzling underwater mountain range. These mountains, or banks, are home to some of the healthiest coral ecosystems in the world. Imagine the surprise of the fishers who first found it: colorful patches glowing in the middle of the ocean’s unending blue.

Those fishers were the first to fight to protect these one-of-a-kind coral ecosystems, and with the help of President George H. W. Bush, recreational divers helped establish the Flower Garden Banks National Marine Sanctuary in 1992. The designation gave the area protection against oil and gas extraction, anchoring from shipping vessels, and overfishing. This paved the way for the sanctuary to become a popular recreational dive site, where car-sized boulders of star and brain coral house sea urchins, eels, lobsters, and young fish. Sanctuary status also qualifies the site for research funding which has contributed to studies on the effect of climate change on coral ecosystems, and the discovery of colorful new fish species like the Mardi Gras Wrasse, found almost exclusively inside the sanctuary.