Gulf of Mexico
via TPWD 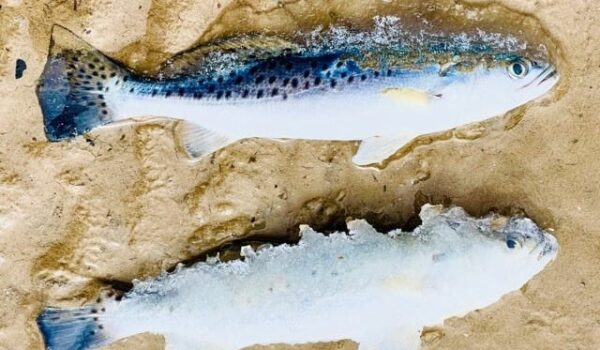 Freezing events along the Texas Coast are rare, but extreme cold temperatures can be a natural cause of fish kills.

If fish do not make it to refuge in deeper, more temperature stable water in cold weather, they may die when water temperatures reach a certain threshold. For example, spotted seatrout experience more mortalities associated with freezing weather than other common game species.

The geographic extent of fish kills includes the entire Texas coast, but at this point it appears as if bay systems south of Galveston Bay received most of the impacts.  The majority of the kills were located along the southern shores and undeveloped areas such as the back sides of the barrier islands (Example: Pringle Lakes of Matagorda Island). There appears to be differential impacts often seen in various freeze events. Areas such as Pringle Lakes and south of 9 Mile Hole at the Land Cut in the Laguna Madre appear to have higher proportions of game fish impacted. Bay system