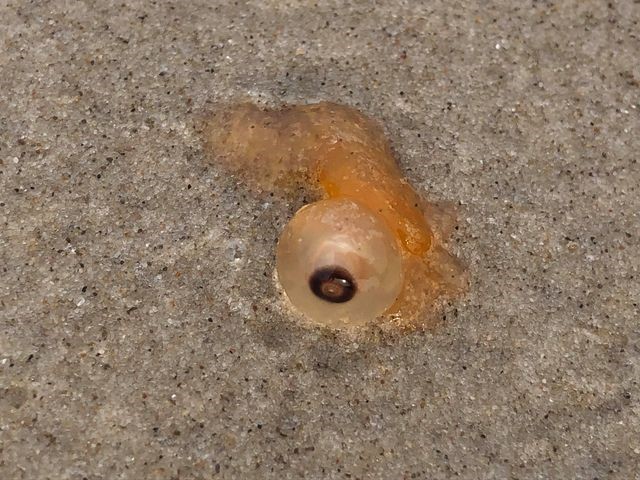 TX - ‘Creepy’ eyeball creatures washing up on Texas beaches, experts say. What are they?

Jennifer Baltazar told KSAT she was walking along the beach near Corpus Christi when something stung her son.

“That’s when we noticed it because I went looking for what could’ve stung him,” Baltazar told the news outlet. “We were super surprised because we’ve never seen anything like that on the beach.”

Baltazar says her family thought it was a fish eyeball.

The national seashore says the creatures are a siphonophore in the Rhizophysidae family.

“Siphonophores are colonial organisms, meaning that what appears to be one creature is actually lots of little ones all with their own function!” Padre Island National Seashore posted on Facebook.

Jace Tunnell, the director of Mission Aransas Reserve at the University of Texas Marine Science Institute, further identified the species as Rhizophysa eysenhardti, the San Antonio Express-News reported. They are related to Portuguese man-o-war.