Gulf of Mexico
via Freese and Nichols, CDM Smith and COWI, A Joint Venture 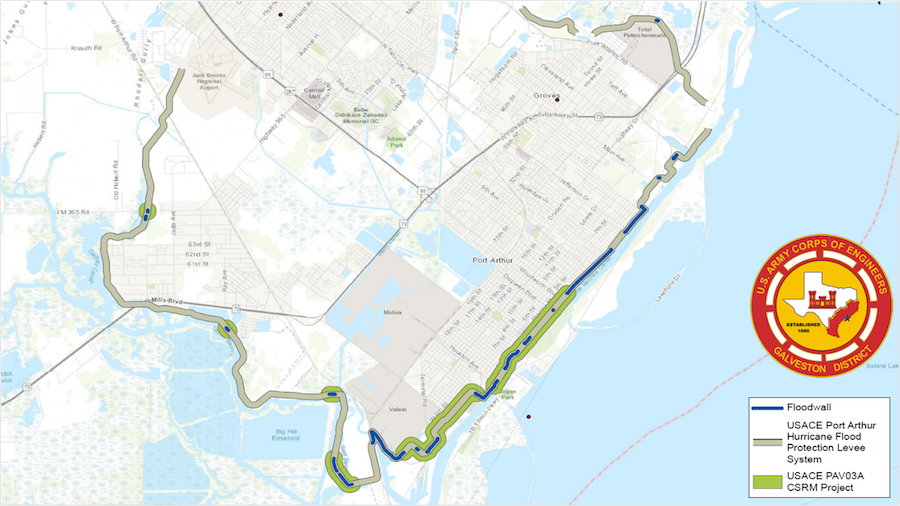 An $863 million effort to improve hurricane flood protection and resiliency, including levees and floodwalls, for a 65-square-mile area that includes Port Arthur, Texas, and adjacent communities will move forward under a contract awarded to a joint venture of Freese and Nichols, COWI and CDM Smith (FCC-JV) by the U.S. Corps of Engineers Galveston District and Jefferson County Drainage District No. 7 for some of the work.

The Port Arthur and Vicinity (PAV) project is a part of the Corp’s Sabine Pass to Galveston Bay Coastal Storm Risk Management (CSRM) Program. Also known as S2G, this program covers 120 miles of the upper Texas coast, and will improve existing hurricane flood protection in Port Arthur and Freeport.

“So, essentially you have three separate projects all making up one systematic approach to Coastal Texas resiliency,” says Charles Wheeler II, project manager with the Corps Galveston District.