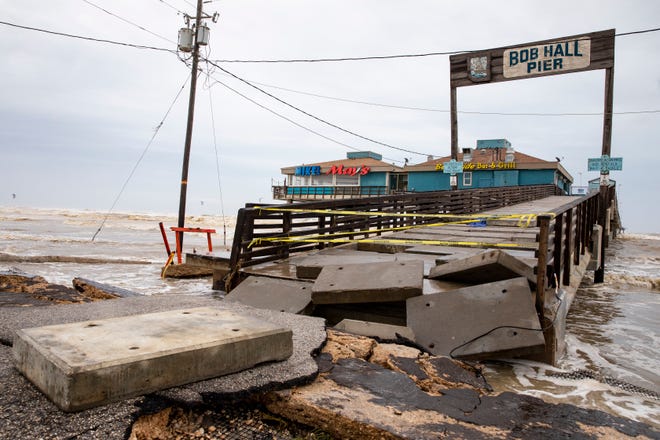 The county’s long-loved Bob Hall Pier will come down, and a new pier come up in its place, commissioners decided Friday. The replacement will be “bigger, better, stronger,” said Nueces County Judge Barbara Canales.

The option to raze and rebuild the pier has been in discussion for months. But Friday made it official.

Damage to the pier from Hurricane Hanna’s lunging waves and high seas totaled in the millions of dollars – the most visible injury being the T-head at the end of the pier. It disappeared in the water as the storm moved into the Port Mansfield area July 25.

Overall, the project - to include items such as replacing the parking lot - could end up costing between $15 million and $19 million, said Nueces County Commissioner Brent Chesney.

Part of the appeal of reconstructing entirely is to extend the pier’s lifespan by building the structure to withstand future storms, officials have said.