Gulf of Mexico
Bill Merrell, a professor in the Marine Sciences Department at Texas A&M University at Galveston and a former president of the school, sits along Galveston Bay as he talks about the Ike Dike project Friday, Sept. 4, 2020, in Galveston, Texas. The Ike Dike is a coastal barrier that, when completed, would protect the Houston-Galveston region including Galveston Bay from hurricane storm surge. The project was conceived by Merrell in response to the extensive surge damage caused by Hurricane Ike in September of 2008. David J. Phillip / AP 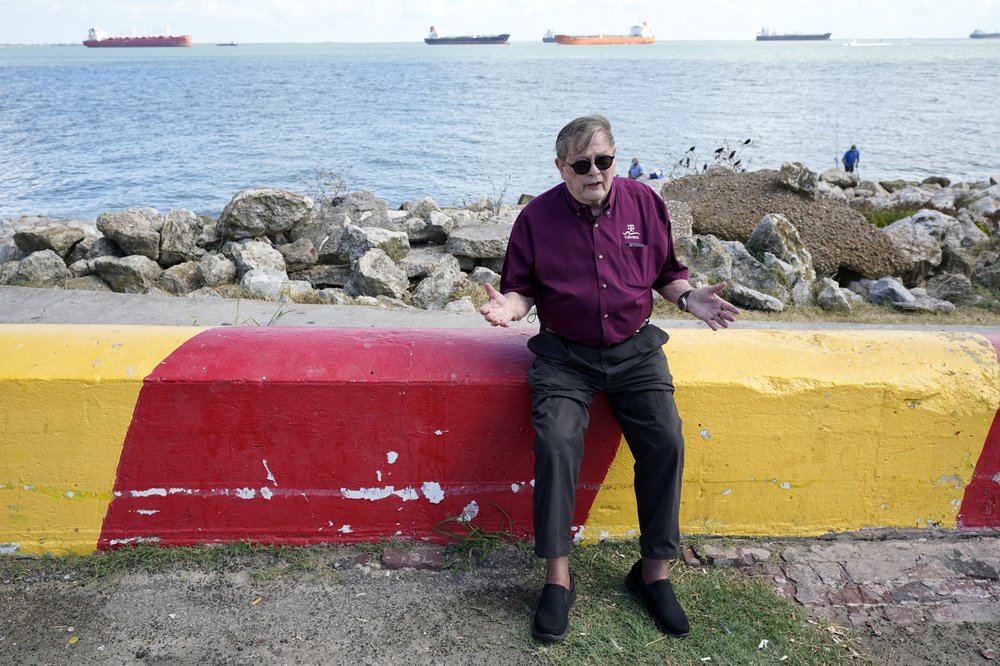 GALVESTON, Texas (AP) — Houston, a Gulf Coast city that barely rises above sea level, has long worried about a worst-case weather scenario — a direct hit from a powerful storm that sends a wall of water barreling into the region’s petrochemical facilities, possibly triggering an environmental disaster.

When it was spared a blow from Hurricane Laura last month, the city breathed a sigh of relief. Now the close call has renewed a debate about whether the Houston area should build a massive and expensive barrier to protect against storm surge.

“I don’t know how many chances we are going to have ... Whatever it may be that can mitigate storm surge, then that’s what I am in favor of,” Turner said. “What I do know is we can’t keep just talking about it.”

In addition to a lack of storm surge protection, the nation’s fourth-largest city floods frequently because it does not have enough infrastructure to handle heavy rain. The area has developed rapidly in a way that sharply reduced the natural wetlands that could soak up storm water runoff. Its Depression-era drainage systems are woefully inadequate.

Bill Merrell, a marine sciences professor at Texas A&M University at Galveston who first proposed the coastal barrier, believes storm surge is a grave threat that has been ignored for too long.

“We’re overdue for a Laura ... We’re starting to see pretty convincing evidence we will have stronger hurricanes” due to climate change, said Merrell, who nicknamed the proposed barrier the “Ike Dike,” after 2008′s Hurricane Ike.

Merrell spoke earlier this month in Galveston, near the inlet between the Gulf of Mexico and Galveston Bay. That’s where he envisions building the Ike Dike’s floodgates, which would stop storm surge from entering the bay and traveling north into the Houston Ship Channel, home to some of the largest oil refineries in the world and 40 percent of the nation’s petrochemical industry.