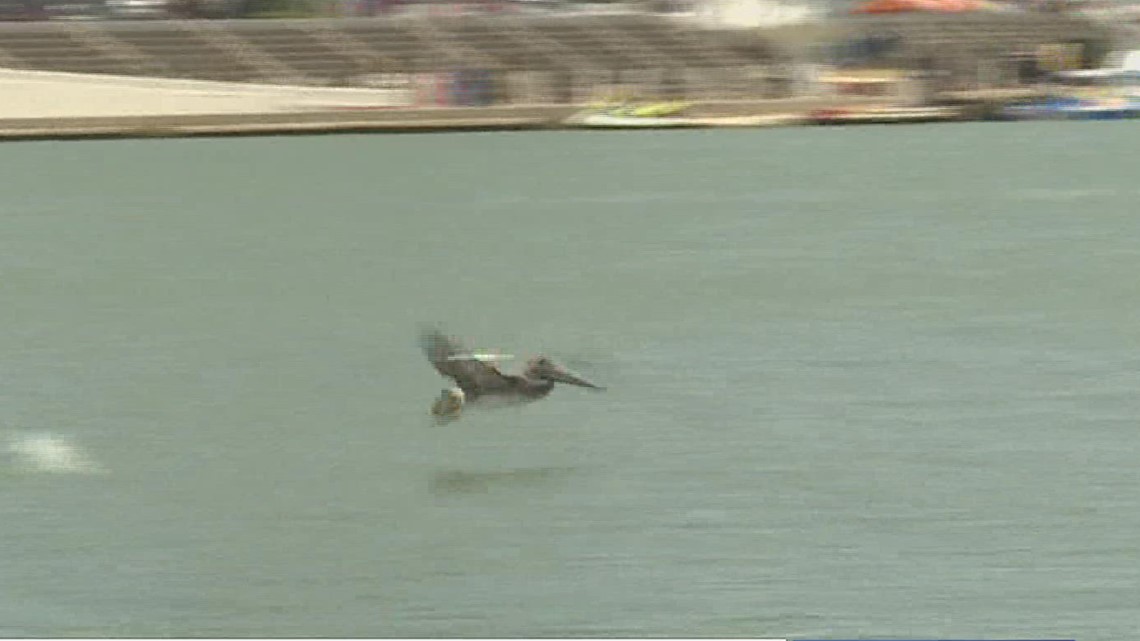 The species has had a troubled history with insecticides. Now climate change and sea level rise are affecting its habitat in Texas.

CORPUS CHRISTI, Texas — Brown pelicans nearly went extinct in Texas about 50 years ago. Their population rebounded after bans on certain insecticides, but today researchers say climate change is once again threatening their numbers.

More than 90 percent of brown pelicans nesting in Texas breed on two islands. But changes in sea level and erosion is concerning to David Newstead, director of the Coastal Bird Program at the Coastal Bend Bays & Estuaries Program.

"The brown pelican is obviously one of the most immediately recognizable and important species that I think everybody on the coast immediately sees and recognizes that species and it's a real icon," Newstead said.

But what makes them so iconic? You have to take a look at their history, dating back to the late '50s and '60s when the brown pelican started to go extinct.

"Their numbers really started to plummet because of DDT being in the system," Newstead said. "And basically what was happening is it was magnifying through the food chain and it was making their eggs so thin they wouldn't be able to support the growing young."

DDT is an insecticide first developed in the 1940s. By 1972, the Environmental Protection Agency banned DDT due to its declining benefits and environmental and toxicological effects.

"Laws were passed -- the Clean Water Act and Endangered Species Act -- and started to protect this species a little bit more," Newstead said.

This led to the species' eventual recovery, and in 2009, the brown pelican was no longer considered endanged.

"We're certainly seeing the effect of climate change and sea level rise and things like that. All these things are sort of tied up together," Newstead said.

Unlike in Louisiana, Newstead said brown pelicans in Texas nest on two islands that are in the bays.

"There's one big island. That island's fairly large, but it is starting to erode," Newstead said. "But this is the plight of a lot of these colonial nesting water birds."

Everything that happens on the island is critical for the brown pelicans because that's where they're raising their young.