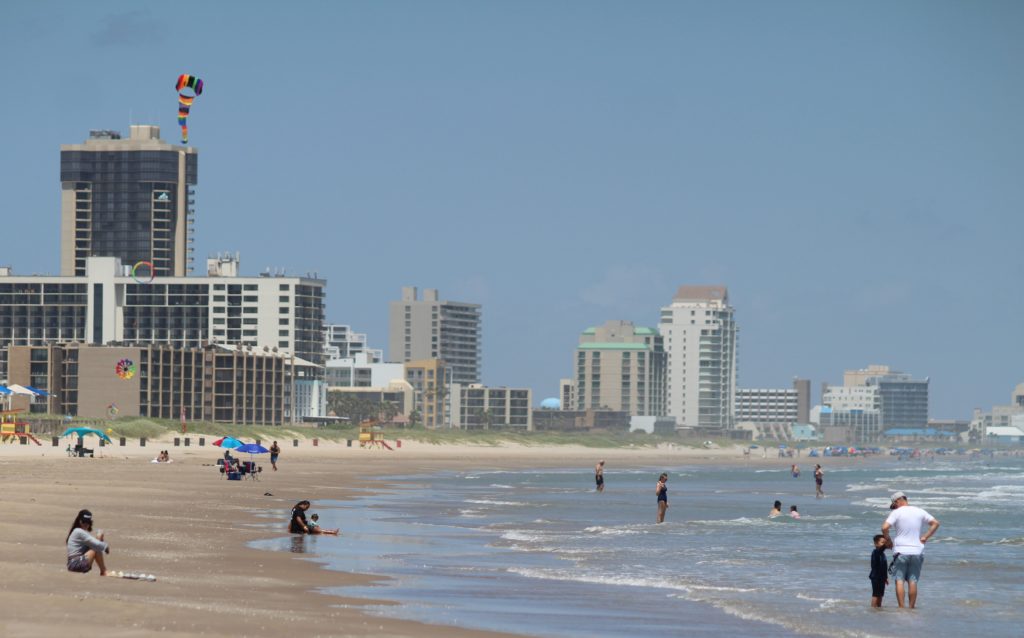 Cameron County beach accesses and beach parks reopened this past Tuesday, as Texas sees its COVID-19 positivity rate dipping below 10 percent for the first time since late June.

On Sept. 8, families and anglers came to the reopened Isla Blanca park, distancing themselves from others on the mile of beach between the Jetties and the Sandpiper Pavilion. Cameron County Judge Eddie Treviño Jr. announced the reopening during a press conference on Thursday, Sept. 4, saying beach parks like Isla Blanca Park and Andy Bowie Park would reopen with a 50 percent parking capacity.

On the county’s Beach Access 5 and 6 and Boca Chica Beach, cars must be parked 20 feet away from each other.

Texas’s COVID-19 positivity rate, which had not been below 10 percent since June 22 (9.76 percent), measures the percentage of COVID-19 cases in the past seven days in relation to the number of tests that have occurred.

The county beaches reopening also comes after media attention towards RV reservations inside Isla Blanca Park and Andy Bowie Park. Stuart Diamond, a South Padre Island attorney, who is representing 13 people who were ticketed after surfing at Isla Blanca Park on July 24, accused Cameron County of privatizing the beach parks for RV renters.