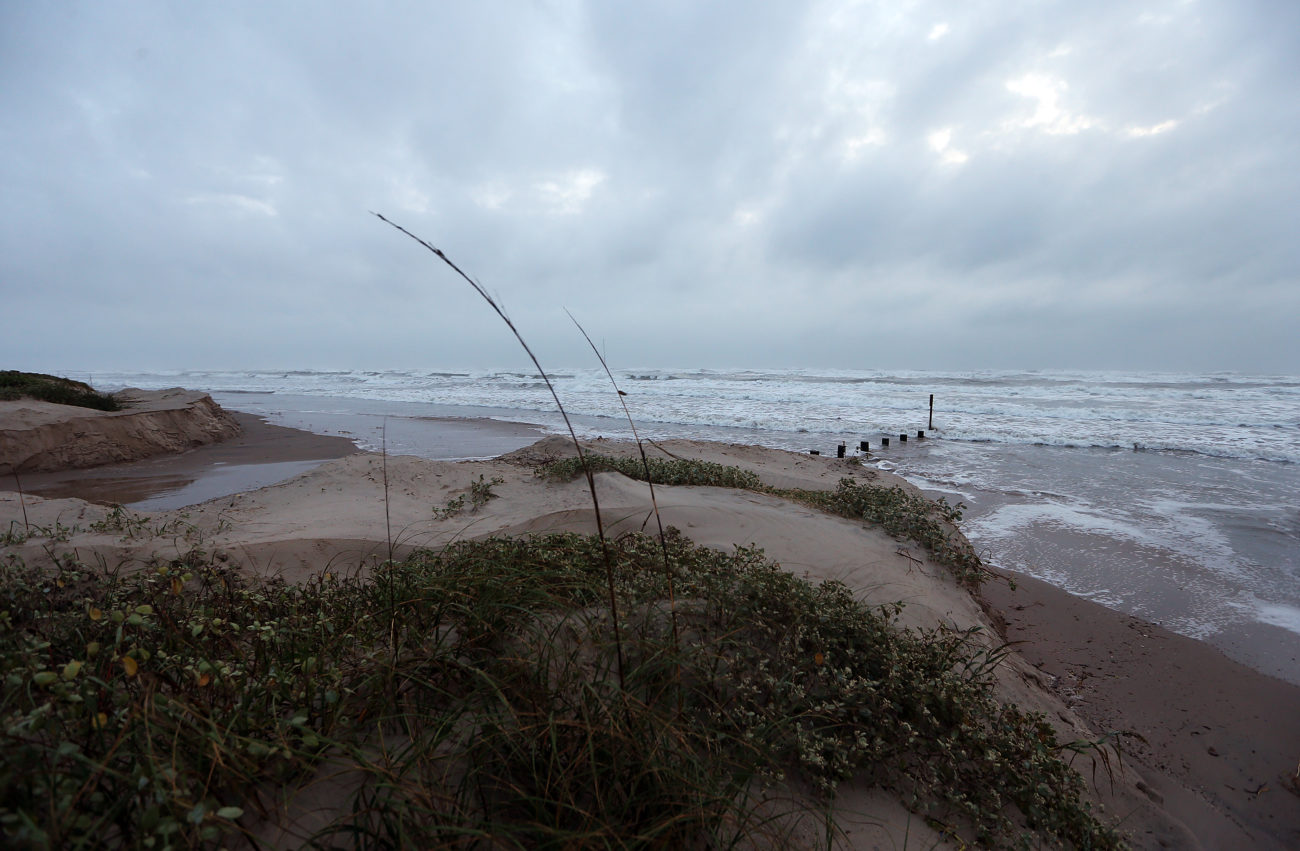 SOUTH PADRE ISLAND — There wasn’t much of a beach to access at South Padre Island’s Beach Access 5 on Friday morning.

High waves hurled at the coast by far off Hurricane Delta turned the coastal horizon into a boiling, roiling mess at daybreak.

Sometimes the big waves would crash together at sea, turning into mist far off in the gulf. Other times they’d swell up onto the beach, running up the boardwalk and into the beach access’ parking lot with a cargo of flotsam and jetsam: dead fish, bits of plastic, tree trunks that didn’t appear very Texan.

The waves that didn’t find a boardwalk or channel to flow into would swell up around the foot of the dunes, eating away at the base and carving them into sheer little cliffs.

Occasionally when those waves hit the dunes the wet sand on their face cracked and crumbled, falling into the surf. Some of the fine, dry sand underneath would follow, running down the face of the dune in a stream.

Little by little, the Gulf of Mexico swallowed up South Padre Island’s sand dunes Friday, the same way it’s expected to naturally at times of high water in the winter and the same way it wasn’t expected to over the course of 2020’s exceptionally busy hurricane season.

“Each time these storms come in the beach erosion, the dune erosion, is worse and worse, and it’s probably the worst I’ve seen since I’ve been here, the amount of erosion of dunes,” said Goldsmith, who moved to the Rio Grande Valley in 2008. “And the beach is flat, there’s really not much slope to it, which allows this water to just come up unencumbered.”