Gulf of Mexico
A material handler and a forklift work in tandem to move and organize more than 700 railroad ties onboard the vessel Dry Tortugas Monday in the Port of Brownsville. The materials will be used as part of the RGV Reef’s artificial reef project off the coast of South Padre Island (Denise Cathey/The Brownsville Herald) 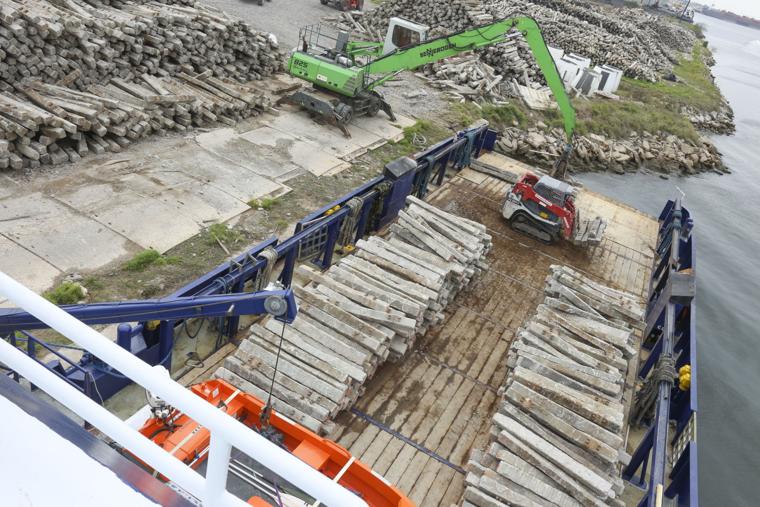 Friends of RGV Reef has launched a major new phase of its artificial reefing project off South Padre Island, even as fishing boats reel in large numbers of red snapper the reef is already producing.

Gary Glick, president of Friends of RGV Reef, said 20 million pounds of concrete railroad ties and other materials are being sunk over the next few weeks at the 1,650-acre reef site eight nautical miles off the coast and 14 nautical miles north of the Brazos Santiago Pass jetties.

“We’ll move more material in this one deployment than exists in any of the other Texas reefs,” he said. “We’re going to lay down the bones of a new 400-acre nursery reef.”

Glick said the activity is taking place inside a section of RGV Reef that until now has had only a thin layer of material.