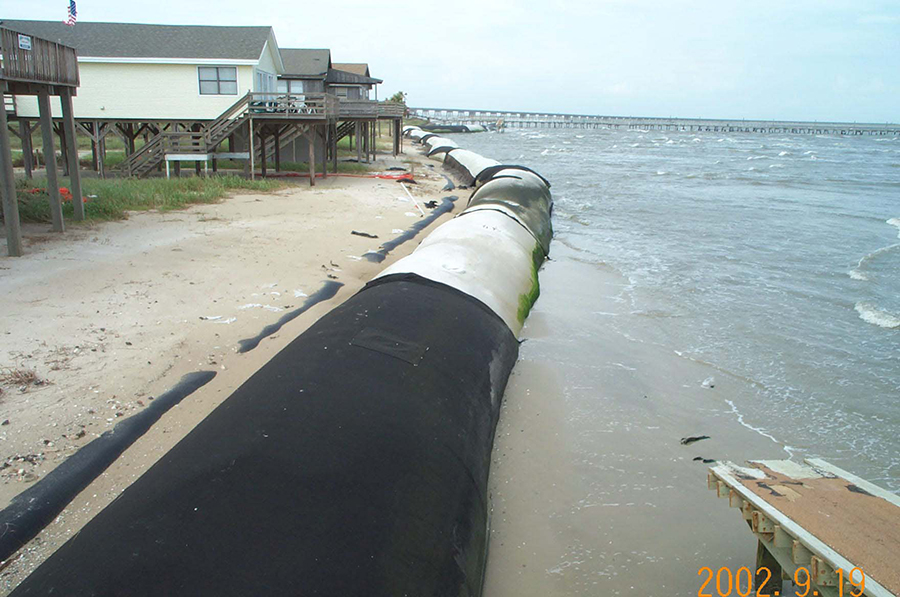 I’ve lived on Galveston’s West End for the past 15 years. Yes, I chose to live beyond the seawall — and my house isn’t on stilts.So, I for one, am glad to see that the Park Board of Trustees is moving ahead with a plan to fortify beaches at Dellanera RV Park and beyond.

The area that will be nourished is along FM 3005 west of the end of the seawall. It’s a key evacuation route in the event of hurricanes or storm surges for West End residents. It’s also an area that’s especially prone to erosion.

The nourishment project is being staged now and is expected to last until March. The Texas General Land Office is managing the project and the Galveston Park Board of Trustees is the project partner. Additional funding is coming from FEMA and Coastal Erosion Planning and Response Act as part of recovery efforts from Hurricane Harvey in 2017.

More than 118,000 cubic yards of sand are expected to be placed from the end of the seawall to the western property line of Dellanera. Trucks will haul in the sand; dozers and wheel loaders will move the sand along the beach. Work will take place during daylight hours seven days a week until completion.

The West End will be the recipient of another planned beach nourishment project. The park board is coordinating a project planned for beaches west of Dellanera RV Park to 13-mile Road. The timeline for this project is still in the works and the engineering phase has just begun. Galveston’s Industrial Development Corp., funded through sales tax revenue, and the land office’s erosion act money will fund this project.

“Since 2017, the park board and its partners have completed beach nourishment projects totaling more $44 million. Thanks to beneficial relationships with local, state and federal officials, the park board has been able to work on behalf of Galveston residents and visitors at no cost to them.”

“This beach nourishment project will help protect Galveston’s beaches and further enhance resiliency along the coast,” said Mark Havens, deputy land commissioner. “The Texas General Land Office is proud to partner with the Galveston park board on this project to ensure that Texas beaches remain clean, safe and accessible to the public for generations to come.”