Gulf of Mexico
via KTRK-TV 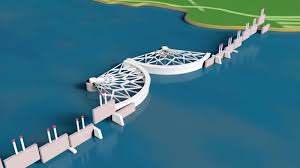 GALVESTON, Texas (KTRK) -- The devastation of Hurricane Laura has reignited the conversation of coastal protection along our part of the Gulf.

"If this storm had been 79 miles this direction it would have been a much different story," said Galveston Co. Judge Mark Henry.

Harris County Judge Lina Hidalgo calling it a warning shot, "it was a very close call."

And Texas Governor Greg Abbott reiterating the same caution after a tour of the damage saying, "we did dodge a bullet."

Laura touched down just as the U.S. Army Corps. of Engineers is wrapping up a five and a half year study and proposal for coastal protection in Texas.

Called the Coastal Texas Study, the massive project runs from Galveston to Brownsville. This is where the so-called Ike Dike, conceptualized by Texas A&M Galveston, comes into play.

"What we did is take some of the ideas from the Ike Dike concept and that is actually part of our plan, but not the entire plan," said Kelly Burks-Copes, the Project Manager for the study with the U.S. Army Corps. of Engineers.

The plan includes a multi-gate system across the mouth of Galveston Bay surrounded by levees with lift gates that could rise and lower depending on the level of surge.

"We brought people in from all over the world who've actually done this before. From Venice, from England, from the Netherlands and from St. Petersburg."

A major purpose is to protect the nation's largest petrochemical complex housed along the Houston Ship Channel.

"If we got a direct hit, if the storm had just been slightly more to the west it would have been catastrophic, not just from a human life stand point, but also from an economic standpoint, from an environmental standpoint," said Hidalgo.