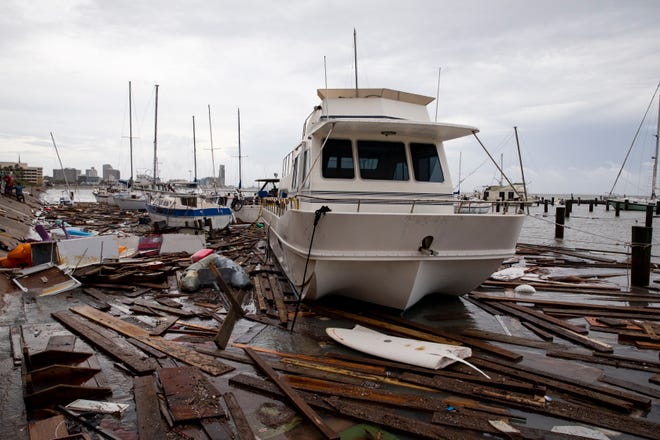 While Hurricane Hanna's landfall was many miles from Corpus Christi, the storm's winds and surge were still strong enough to cause what will likely total millions of dollars in damage.

Depending on location, gusts in the Corpus Christi area reached as high as 70 mph. In some places, the sea rose several feet. It was enough to cause power outages for tens of thousands of people, put portions of North Beach underwater and take down a portion of the iconic Bob Hall Pier, one of the most popular features of Nueces County's stretch of Padre Island Beach.

Here's what we know about storm damage in the Corpus Christi area:

Images showing that damage may now be the most emblematic of the storm’s imprint in the Corpus Christi area. Officials are assessing the damage, said Nueces County Judge Barbara Canales. They’re also working to clear and clean up hard-hit areas around the pier.