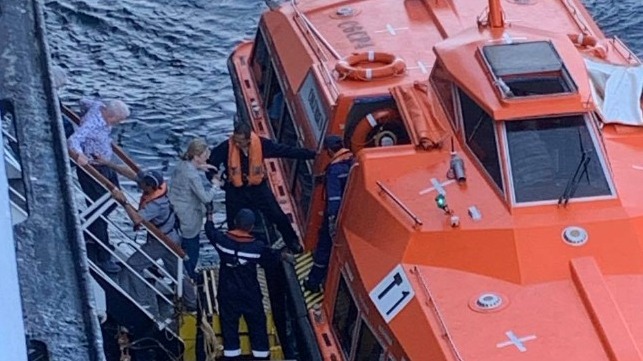 In an example of the measures that cruise lines are taking as they wind down operations, the Cruise and Maritime Voyages (CMV) vessels Columbus and Vasco da Gama swapped their European and Australian passengers at sea Wednesday so that all could return home.

The unusual transfer operation was originally slated to occur at the port of Phu My, Vietnam, where the two vessels were scheduled to take on fuel and stores while exchanging passengers. However, CMV said in a statement Tuesday that it had been granted permission to carry out the operation off the coast of Phuket instead.

"In light of the continued border closures and flight cancellations, to repatriate all passengers as close to their home country as possible and ensure a safe onwards journey we will transfer European nationals from Vasco da Gama to Columbus, as well as transfer any Australian and New Zealand nationals from Columbus to Vasco do Gama," CMV said. "Vasco da Gama will then proceed towards Fremantle, Australia to finally disembark passengers around the 27th of March. Columbus will then proceed towards London to finally disembark passengers around the 13th of April. Due to the closure of ports, there is no option for passengers to disembark the ship in any other port than London or Fremantle."

CMV said that it is working with the Australian government and its Border Force, and it has the understanding that the vessel will be exempt from Australia's port closures. The details of disembarkation procedures are still pending.