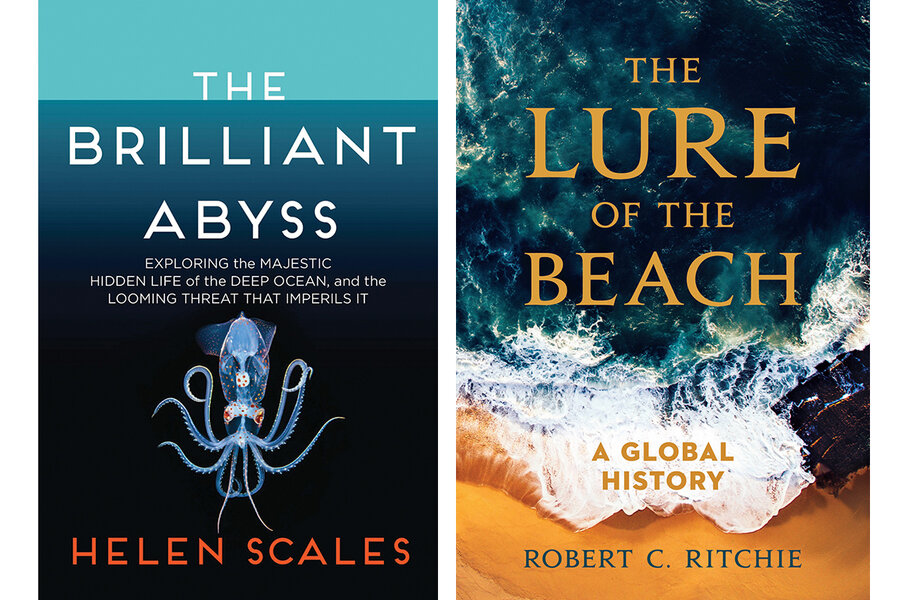 “The Brilliant Abyss” and “The Lure of the Beach” urge action to safeguard the world’s oceans and coastlines – along with the animal life found there.

The Oscar-winning documentary “My Octopus Teacher” chronicles the unlikely friendship between a South African naturalist and an octopus. The film is a touching meditation on man and mollusk. It’s also a celebration of the ocean’s strange beauty. So too is Helen Scales’ “The Brilliant Abyss: Exploring the Majestic Hidden Life of the Deep Ocean and the Looming Threat That Imperils It,” an exploration of the deep sea’s biodiversity and the threats it faces.

Scales, a British marine biologist, begins by outlining the gargantuan scope: “On average,” she writes, “the oceans are around 12,500 feet deep, or close to two and a half miles.” The ridges of the deep seabed form a mountain range running 34,000 miles. At the deepest parts of the ocean, tectonic plates collide at subduction zones, where “old seafloor is dragged down into the earth’s molten interior, to be melted and recycled.”

The author lucidly explains not only the geological contours of the deep but also the animals that inhabit it. Sperm whales, we learn, can slow their heart rate to five beats a minute during dives, allowing them to slow the depletion of oxygen reserves. Scales introduces us to the pig’s rump worm, which, when gently prodded, “glows bright blue” and “squirts a shower of green glowing particles.”

Global warming seems to be disrupting the ocean’s circulation system, in which dense, cold seawater sinks to the ocean’s deepest reaches before warming and rising near the equator. Scales writes that one-third of humanity’s carbon emissions end up in the ocean, “saving the earth from an unthinkably swift and catastrophic version of the climate crisis.”