Coastwide
Cargo ships entering one of the busiest ports in the world, Singapore. 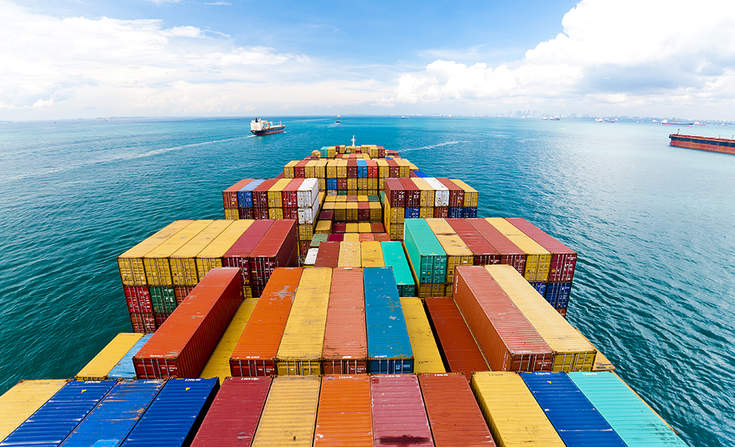 After decades of steering clear of specific climate commitments, the international maritime industry — responsible for 3 percent (and growing) of annual global greenhouse gas emissions — is navigating a course to halve its footprint by 2050. Not since Italian explorer Christopher Columbus set course for the New World in 1492 has the global shipping fleet faced such an uncharted challenge.

The voyage embarked in mid-2018 when the International Maritime Organization (IMO), the United Nations agency that sets policies and standards worldwide, embraced its inaugural decarbonization strategy. This course falls short of what’s needed to achieve the 1.5 or 2 degrees Celsius temperature mitigation goals set by the Paris Agreement. Still, it is an important chart for the future.

The first port of call came in early 2020, when a regulation capping sulfur emissions took effect, forcing ship owners to start phasing out the low-cost bunker fuels that have been keeping fleets afloat but that have exacerbated air pollution in coastal cities. "As a bilateral agreement, it may be the best we can get," observes Ned Harvey, managing director of Rocky Mountain Institute, in charge of the think tank’s work on pathways for heavy transport. "No goal is a disaster. A science-based goal is optimal."

More than 90 percent of global trade is tied to international shipping: We’re talking more than 10.7 billion metric tons per year.

Like the jetliners that transport business travelers and vacationers around the planet, the 50,000-vessel tanker, freighter and cargo ship fleet that floats trillions of dollars worth of goods across Earth’s oceans sits outside the decision-making authority of any one nation. But its impact on climate change is titanic. More than 90 percent of global trade is tied to international shipping: We’re talking more than 10.7 billion metric tons per year. What’s more, activity could triple by 2050, due to the boom in e-commerce, infrastructure investments (especially in China and India) and the ambition of emerging nations rich in natural resources (think Africa) finding their place in the global economy.