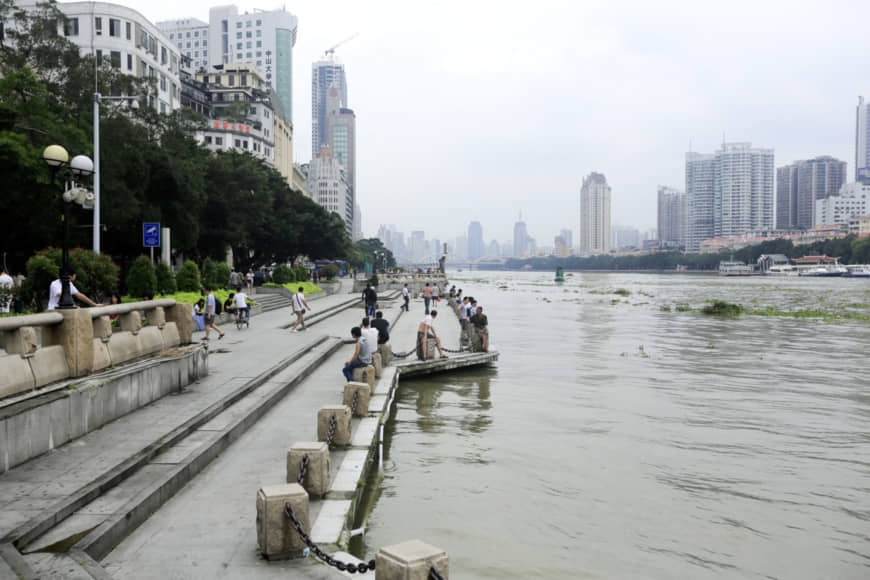 China’s Pearl River Delta, the country’s manufacturing hub and home to tens of millions of people, is the world’s most at-risk urban center from rising sea levels, according to a new study.

The region could be under at least 67 cm (26 inches) of water and as much as 2 meters by the year 2100 unless measures are taken now, according to Verisk Maplecroft, a U.K.-based risk advisory company.

Tokyo, Jakarta, Ho Chi Minh City and Shanghai, as well as Dubai, New York and Alexandria in Egypt are also in danger, according to the study, which assessed 500 cities with a population of more than a million.

“While sea level rise is seen as a longer term problem, it needs to be considered today,” Verisk Maplecroft’s environment analyst Rory Clisby and head of environment and climate change, Will Nichols, wrote in a report. “The question governments and investors need to be asking is: which major cities are at risk of disappearing beneath the waves?”

By 2100, sea levels could rise between 60 and 110 cm if greenhouse gas emissions continue to grow, the analysts said, based on the United Nations Intergovernmental Panel on Climate Change’s report that found sea levels are climbing 3.6 mm per year, and that rate is speeding up.