Coastwide
Extinction Rebellion climate change activists lie on the floor as they perform a mass "die in" in the main hall of the Natural History Museum in London on April 22, 2019. Photographer: Tolga Akmen/AFP via Getty Images 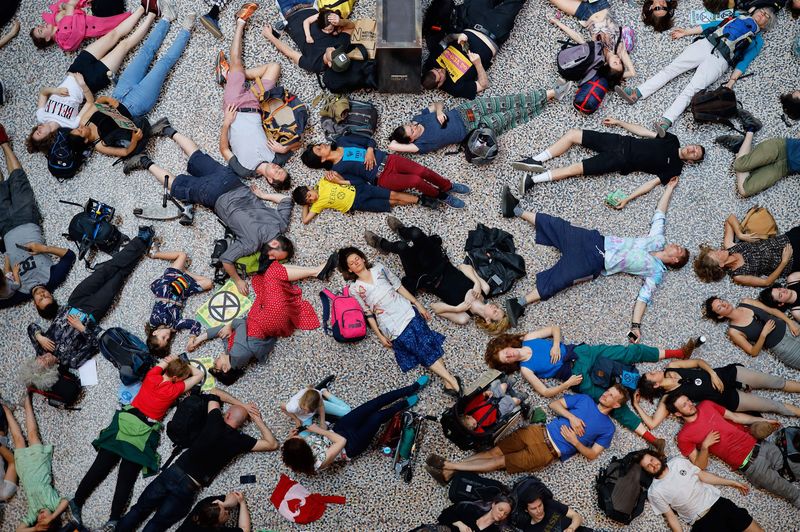 The hedge fund industry has no shortage of aggressive, in-your-face players, but few are as tough as Chris Hohn. The British billionaire takes the typical playbook to new levels—scuttling deals, pushing to remove bosses, and battering companies with litigation and threats. One opponent was so peeved after losing a boardroom battle with Hohn that he titled a book about the experience Invasion of the Locusts. That approach made Hohn’s TCI Fund Management the world’s best-performing, large hedge fund last year.

Now Hohn is bringing his hardball tactics to the fight against global warming. The money manager, with $30 billion in assets, is pushing portfolio companies to dramatically reduce greenhouse gas emissions and disclose their carbon footprint. If they don’t, he says he’ll oust their boards or dump their shares. Just in case anyone doubts his commitment, last fall Hohn and his charity donated £200,000 ($260,000) to Extinction Rebellion, the radical climate change movement whose members have blocked traffic in London and glued themselves to jetliners.

“In the war against fossil fuels, you can’t be super-picky about your allies,” says Jeremy Grantham, co-founder of Boston money manager GMO, a legendary investor who has long warned of climate catastrophe. Hohn “has shown you can make a big impact on companies with a lot of arm-twisting.”