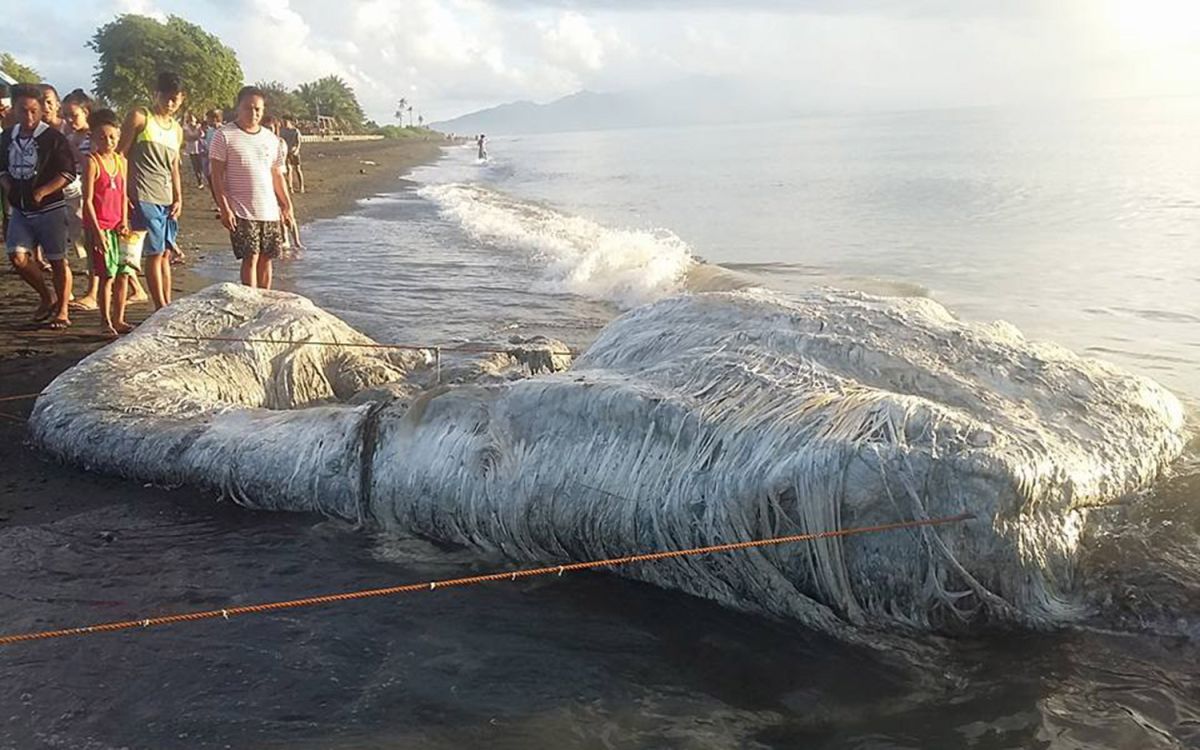 The weirdest creatures to wash ashore

Humans rarely get to see these bizarre animals.

A glimpse below the waves can be like watching a scene from a science-fiction movie, filled with bizarre creatures that would look at home in an alien world. Most of the time these strange animals stick to the murky ocean depths, but occasionally they wash up on land and bewilder beachgoers around the world. Here are some of the weirdest creatures that have washed ashore in the last decade.

Giant squid (Architeuthis dux) have inspired myths and legends for centuries, but a sighting is extremely uncommon. These gargantuan creatures are the world's largest invertebrates and have the biggest eyes in the animal kingdom. They inhabit deep water and rarely wash up on land.

But in October 2013, a monstrous giant squid washed up on a Spanish beach. The tentacled behemoth measured 30 feet (9 meters) long and weighed 400 pounds (180 kilograms) — that's about the same weight as an adult brown bear.

In 2020, an even larger giant squid turned up in Britannia Bay, South Africa. The specimen was remarkably intact, and was likely more than 13 feet (4 m) long and weighed over 660 pounds (330 kg), Live Science previously reported.

Residents of the Oriental Mindoro province of the Philippines were baffled by the appearance of a huge hairy beast in May 2018. Before experts were able to examine and identify the body, onlookers named the 20-foot (6 m) carcass "the globster." As is to be expected of a gigantic rotting sea creature, the smell was pretty staggering. Scientists later explained that the blobby body was probably the remains of a whale, and that the hair-like strands covering it were most likely decomposing muscle fibers.