International
The inner and outer houses of a giant larvacean, left, and the laser and camera of the DeepPIV imaging system.Credit...Monterey Bay Aquarium Research Institute 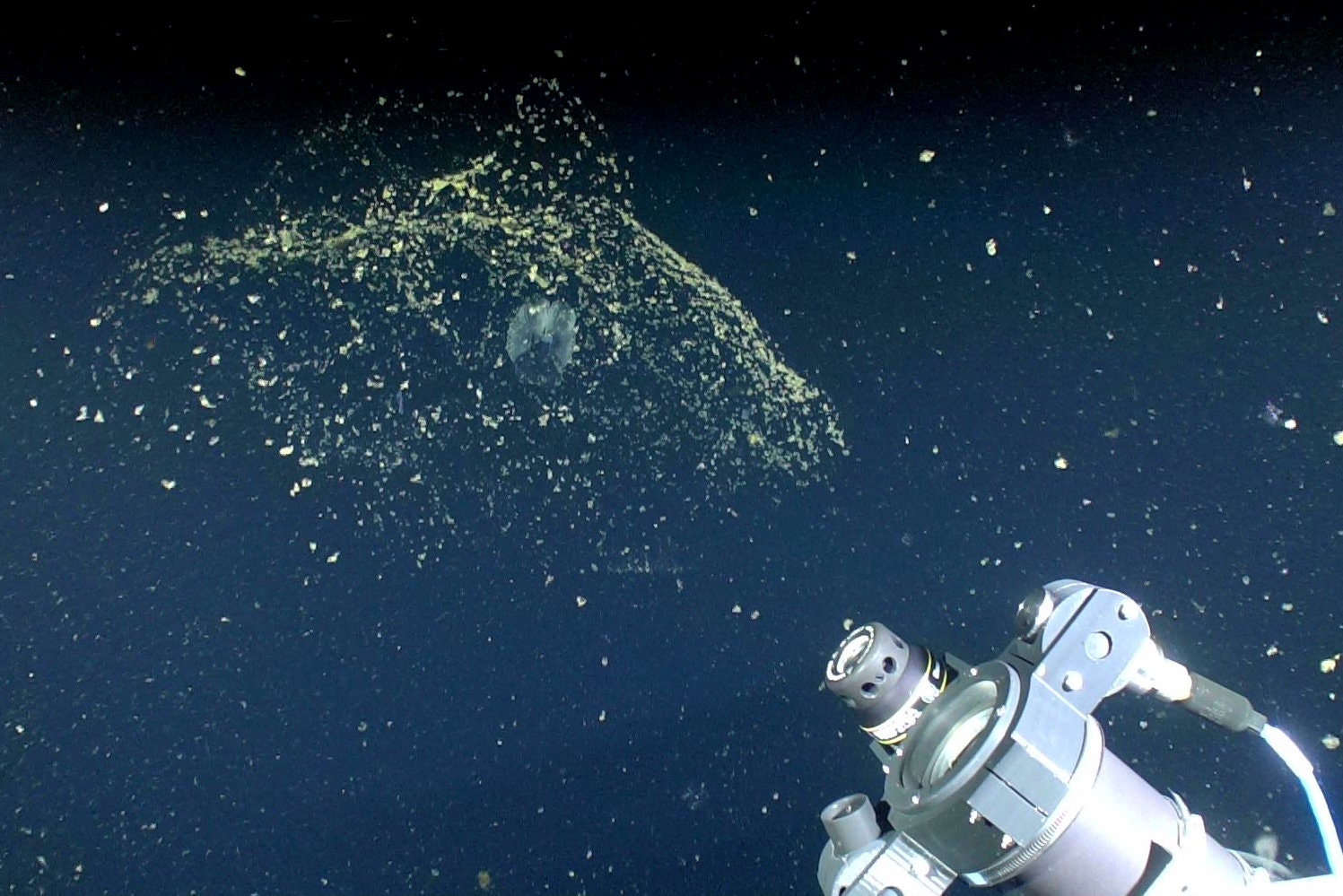 With a new laser-scanning tool, marine biologists are getting a fine-comb look at some of the gloopiest and most mysterious organisms in the ocean.

The bizarre life of the sea’s middle depths has long been a challenge to see, study and fathom. The creatures of that realm live under crushing pressures at icy temperatures in pitch darkness. The fluid environment is unbound by gravity and hard surfaces, so natural selection allows for a riotous array of unfamiliar body parts and architectures. By human standards, these organisms are aliens.

Now, a new kind of laser is illuminating some of the most otherworldly life-forms. The soft bodies of the abyssal class are made of mucoid and gelatinous materials — somewhat like jellyfish, only stranger. They feature mazes of translucent parts and gooey structures, including long filaments, mucus housings and fine-mesh filters for gathering food. Recently, in the depths off Western Australia, scientists filmed a gelatinous type known as a siphonophore whose length was estimated at 150 feet — potentially the world’s longest example of oceanic life.

On June 3 in Nature magazine, a team of seven scientists from the Monterey Bay Aquarium Research Institute in California and the Pontifical Catholic University of Chile in Santiago described an imaging device for studying these translucent creatures. It emits a thin fan of laser light that scans through the animals, gathers backscattered rays from the inner flows and tissues, and feeds those gleanings into a computer that visually reconstructs the living organisms in subtle detail. The device, called the DeepPIV imaging system, reveals the insides much as CT scans do for human bodies.