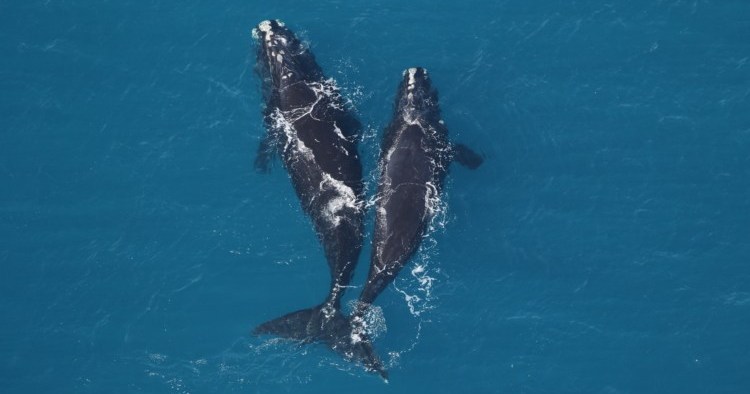 Every Winter, many North Atlantic right whales make their way home to the ocean off Georgia's coast to calve, seeking safe and warmer waters to have their babies before the long voyage home to the New England and Canadian waters in the Spring. North Florida and Georgia coastal communities play an important role in the stewardship of one of the largest whales roaming the seas.

However, these whales face much danger in their corridor of migration and the time has come to pass federal legislation calling on the federal government to help conserve right whales.

During seven years in the environmental community and 23 years working for NOAA Fisheries, I worked to ensure that all the great whales were safe from hunting and illegal international trade. I engaged with colleagues, including the late Lindy Johnson, as they developed national and international regulations to keep North Atlantic right whales safe from ship strike in recognized shipping lanes and from entanglement in fishing gear.

These last two threats, thought to be relatively controlled, have been increasing in recent years. In fact, 28 North Atlantic right whales have been killed between 2017 and 2019.

Industrial whaling decimated the whale's population for more than 900 years, and right whales have yet to fully recover from the pressures of historic whaling. Because they were often found near shore, swim slowly and tend to float when killed, this made them an easy whale to target and therefore deeming them the "right" whale to hunt. Whaling was banned in 1935, when it was thought that as few as 100 right whales were left.

In 1973, North Atlantic right whales gained more federal protection from the Endangered Species Actand the Marine Mammal Protection Act. Then in the early 1980s Georgia made international news for the whales.