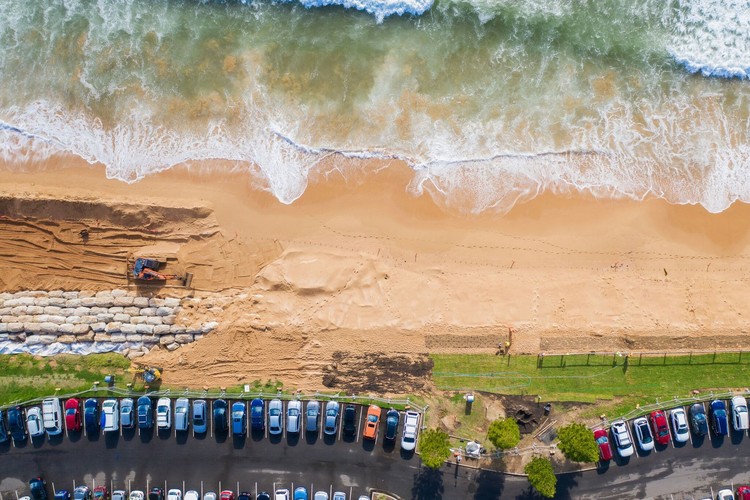 World - The Right to the Beach: Walling off Coastal Erosion

At the onset of the coronavirus pandemic in March 2020, affluent Parisians flocked to second homes on France’s Atlantic coast as a nationwide lockdown came down on the country. In June 2020, as the lockdown was eased in England, residents headed to seaside towns like Bournemouth to soak in sunny weather. The former scenario reflects the widening gap between France’s wealthy and the poor, whilst the latter is a reflection of the democratizing power of public-access beaches.

In both situations, what is sought out is the ecological calmness usually found on beaches. Globally, however, there’s an unsettling phenomenon, where intertwined with climate change and policy decisions, beaches are increasingly becoming private, inaccessible spaces.

Two years into the 2020s, climate change has been at the forefront of political conversations, as natural disasters occurring globally have been increasingly linked with human-induced climate change. Another consequence of climate change – a warming global climate – has caused sea levels to rise, as seawater takes up more space in the ocean base, and as the melting of ice over land adds water to the ocean.

What Does the Future Hold for Coastal Cities Following the Aftermaths of Climate Change?

This sea-level rise is a direct source of tension in the shorelines of the United States, as the valuable slice of real estate that is the beach is increasingly becoming more locked off to the general public. Rising sea levels in turn cause coastal erosion – and it’s the architectural solution to this that diminishes the general public’s right to the beach.

To combat coastal erosion, property owners and coastal managers utilize the practice of shoreline “armoring” – using structures such as seawalls and breakwaters to stabilize coastal land and protect commercial and residential properties. While preventing sandy beaches from moving inland, shoreline armoring also restricts a portion of the beachfront available to the general public.

On most shorelines of the United States, the public has a right to “lateral” access to dry sand beaches, meaning that people have access to the beach along the wet sand between low and high tide. In the south-eastern American state of Florida, a 1974 law declared all the state’s dry sand beaches open to the public. This, however, has been contested. In North-western Florida, beachfront property owners have been asserting private property rights over beaches since 2016, seeking to evict locals who access them.

Beachgoers retorted by asserting their customary use rights as per the 1974 law. Although places such as Walton County ended up siding with the public beachgoers, a consequence of this dispute is that Florida’s Legislature has now made it harder for local governments to pass customary use laws – not entirely surprising as almost 60 percent of Florida’s coastline is in private hands.