International
The northern-hemisphere winter of 2019-20 was the warmest ever on land. *Data are lower resolution above 82°N. Sources: NASA GISTEMP; NOAA GHCND 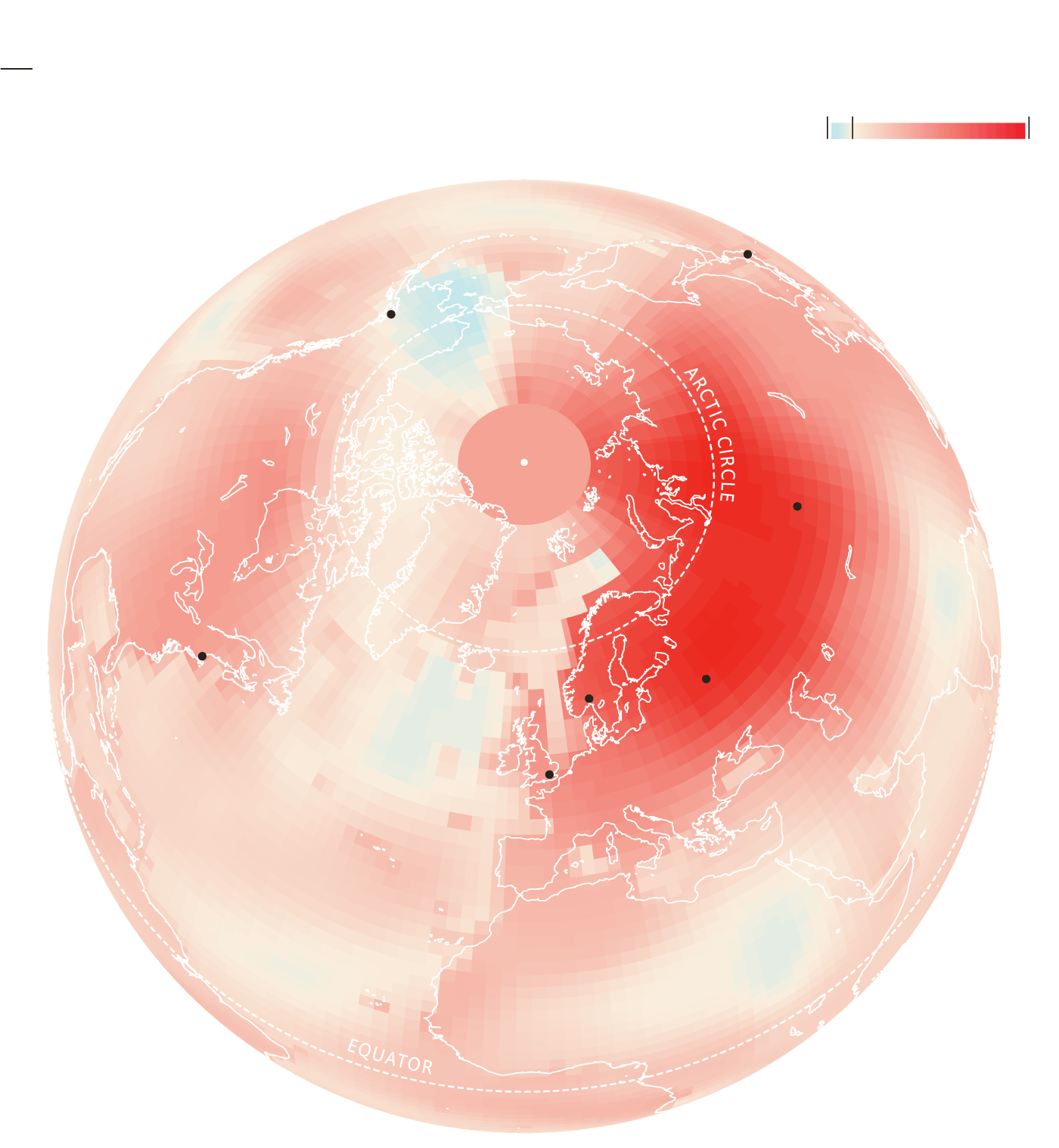 The northern-hemisphere winter of 2019-20 was the warmest ever on land. Land-surface air temperature and ocean-surface temperature. Average from December 2019 to February 2020, change from average during same months from 1951-80

The most commonly cited risks of climate change are natural disasters: fiercer wildfires and hurricanes, bigger floods and longer droughts. But one of the most striking recent effects of global warming has been unusually mild weather in many parts of the world.

The northern-hemisphere winter that ended on March 20th was the second-warmest since records began, and the warmest ever on land. The anomaly was biggest in Europe and Asia, where average temperatures from December to February were 3.2°C (5.8°F) and 3.1°C above the average from 1951-80, and 0.8°C and 0.7°C above those continents’ previous record highs. After a normal autumn, temperatures stayed close to their November levels for months. In Boston, where daily lows in January tend to hover around -6°C, the average minimum this January was 0°C; for Tokyo the figures were 0°C and 5°C. By local standards, the balmiest winter of all was in Russia. Moscow’s average daily low in January was -2°C, far from the customary -13°C.

The winter-that-wasn’t of 2019-20 is not yet a new normal. The main factor determining the severity of northern winters is the “Arctic oscillation”: the relative pressure of Arctic and sub-tropical air. When pressure is higher in the Arctic, cold air from the North Pole pushes south, bringing harsh, dry winters to many places. When pressure is higher towards the sub-tropics, warm air pushes northwards, hemming in cold air around the pole. These two patterns flip back and forth irregularly.

For reasons that are not yet clear, pressure in the sub-tropics this year was much stronger than in the Arctic. And researchers have not yet determined how rising temperatures affect the Arctic oscillation. Until a few years ago, climate models tended to show pressure in the Arctic strengthening, reducing the amount of warming during winter at temperate northern latitudes. The latest models find the reverse.