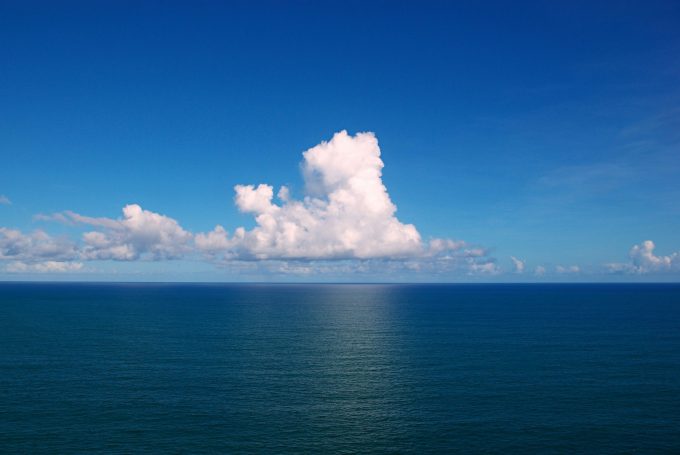 In 2010, the world’s attention was captured when Deep Water Horizon, the world’s largest marine oil spill, began spewing into the Gulf of Mexico. While this crisis was ongoing, there had been a silent, arguably even deadlier, environmental concern severely affecting the Gulf’s coastal ecosystems: ocean acidification.

Ocean Acidification (OA) – climate change’s ‘second self’- has to do with the excess of carbon dioxide in the atmosphere that is, in large part, absorbed into seawater.

The blend of CO2 into the sea creates carbonic acid, and from there it generates a number of systemic issues globally, uniquely so when it comes to the Gulf. One such problem lies in how it hinders the ability of plants to photosynthesize – the process which produces oxygen – particularly in the oceans, where it’s estimated that half of the Earth’s oxygen comes from.

And it is not just plants that are struggling. Creatures which also depend on the process of photosynthesis to prosper – corals, mollusks, crustaceans, algae – are being weakened by the acidic waters as well. Ideally, for photosynthesis to take place, a neutral pH level is needed. Instead, as more and more carbon fuses into the seas pH levels are lowering, and therefore raising the acidity. In consequence, certain species – and as a result, the oceans – are confronting a historic turning point.

In the Gulf of Mexico, the repercussions of carbonic acid are even greater along the waters of the continental shelf as temperatures rise far more rapidly than in its center. It is predicted that by 2080, ocean acidification will have increased the sea surface temperature by up to 3°C along the Gulf’s 5,505 kilometers of coastline, compared to open ocean water having risen closer to between 2.2 and 2.7°C.

Researchers in the Netherlands have studied fossils and performed chemical analysis on sediment found in caves from a meteorite impact that happened 66 million years ago, the last time carbonic acid rained from the sky. They discovered a drop of 0.25 pH units in the centuries following the impact, and this was enough to cause a mass extinction. If carbon emissions do not cease, by the end of the century it is predicted the oceans pH will have dropped 0.4 units, effectively altering the carbon cycle, and all living species, for hundreds of thousands of years.

“Ocean acidification is a slow but accelerating impact with consequences that will greatly overshadow all the oil spills put together,” warns Sylvia Earle, a legendary marine biologist and oceanographer. With over six decades of investigation and exploration in the seas, Earle has witnessed the dramatic changes of Earth’s oceans in a single lifetime.